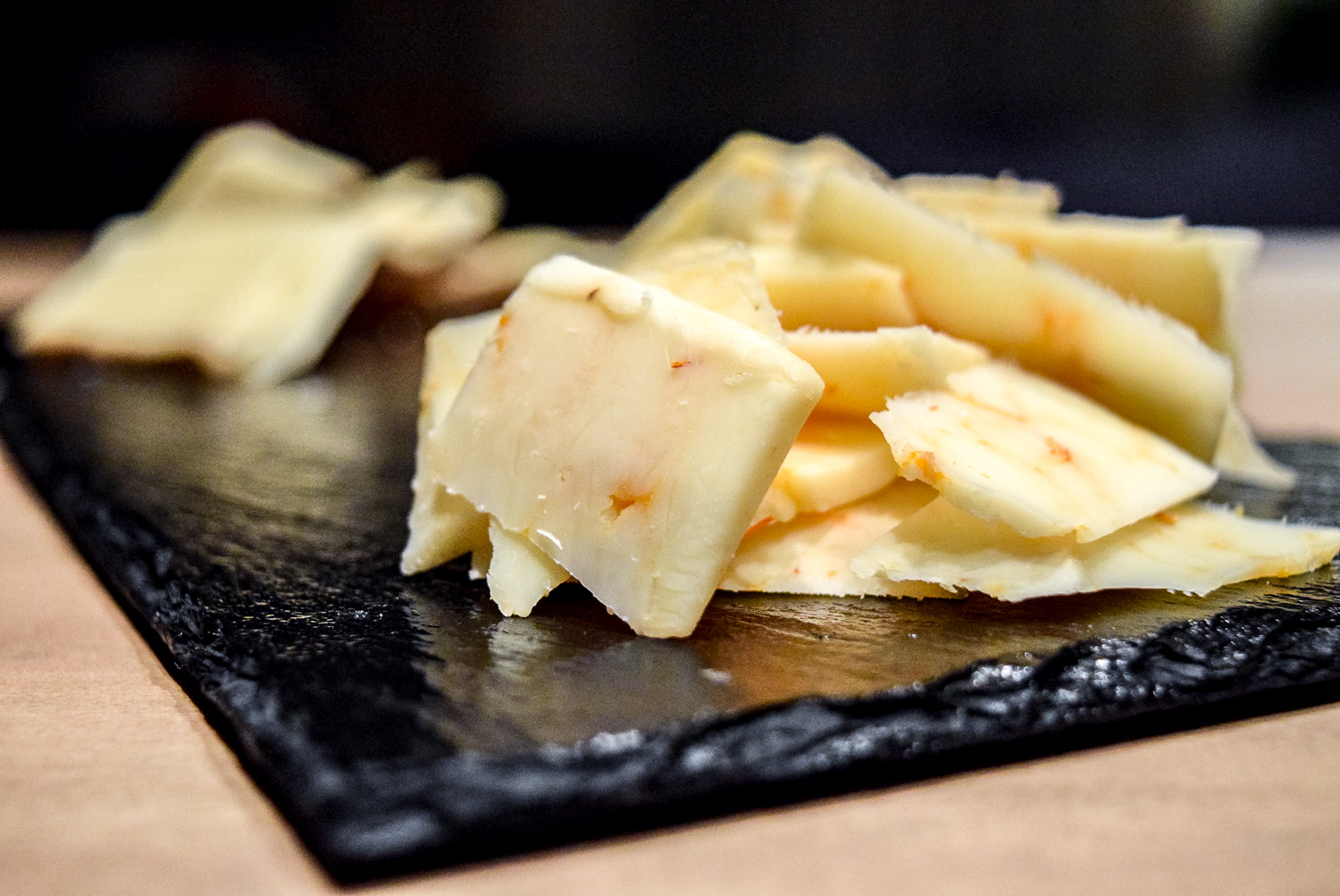 This week, we hosted an impromptu game night for friends visiting out of town! Our guests were arriving after dinner, so we only needed small bites. With my busy schedule, I only had a few minutes to dedicate to pulling a delicious, game night friendly party tray together. Cue the humble mini slate cheeseboard and Trader Joe’s goodies! 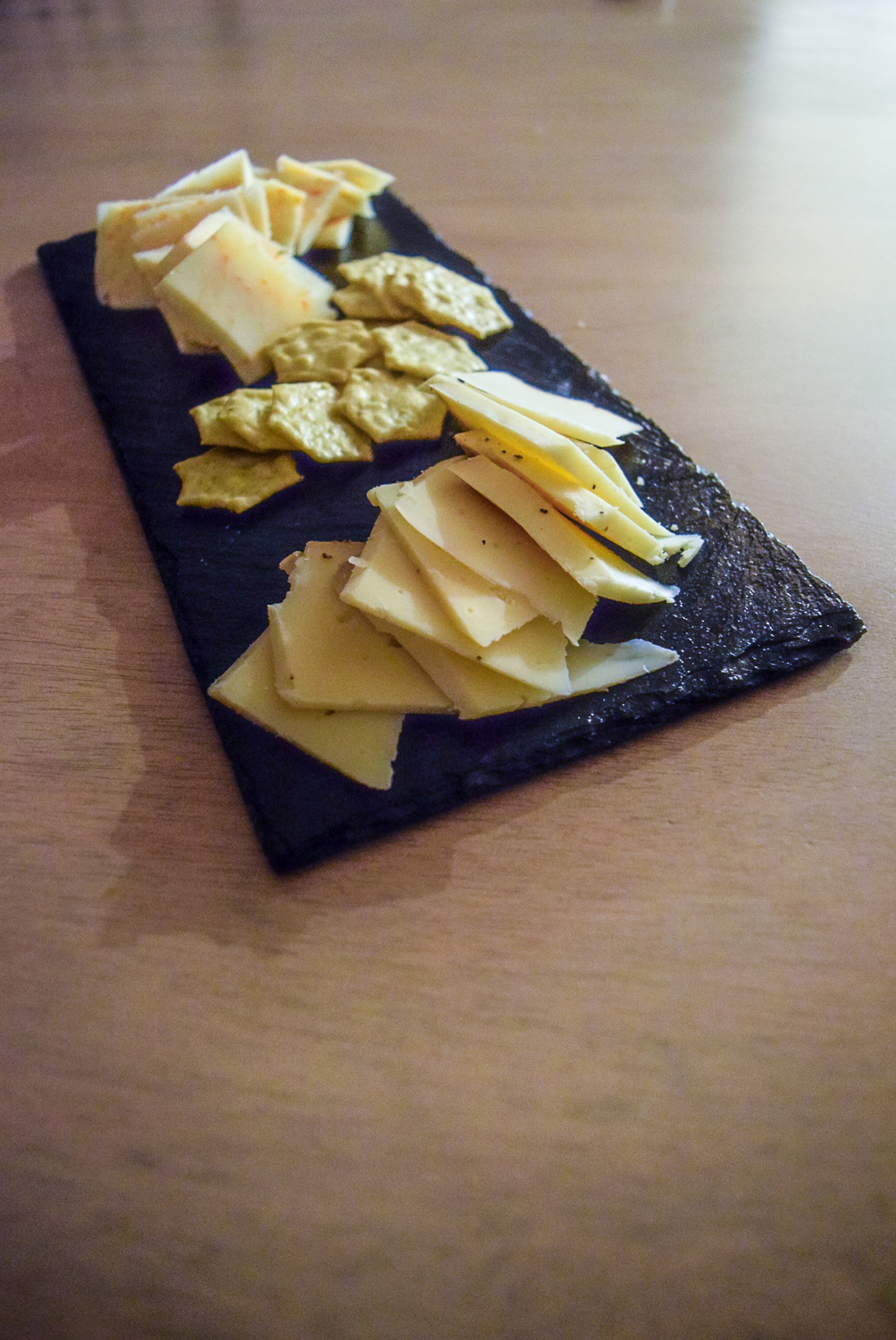 I’ve been yearning for a slate cheeseboard for years. In fact, I’ve had my eye on this one, waiting for the price to drop. That didn’t happen.

Though just last week, I noticed Crate & Barrel’s affordable slate cheeseboards and decided on a whim to take a leap of faith to purchase not just one, but three slates!

I’ve been so giddy with excitement for them to arrive! So, when they were finally delivered, you can imagine how ravenously I tore through the packaging to find my three new, beautiful slate cheeseboards.

After reading the reviews online, which frankly weren’t very positive due to staining from cheeses and acidic foods, I immediately began a test on the smallest board. First, I washed the top surface with dish soap and water. Then, using food grade mineral oil and a paper towel, I sealed the mini cheeseboard and wished for the best. The slate darkened from a charcoal with white residue to an almost black hue, as I expected and to my delight. I can tell already that these slates are going to be very popular in my home.

Since the guests were arriving in only a few minutes, I quickly sliced up the Ghost Pepper Cheddar Cheese and the Black Pepper Toscano Cheese with my handy-dandy OKP2 Cheese Knife which is specifically designed for cutting cheese. With it’s drafted and ridged blade, cheese doesn’t stick to the blade! 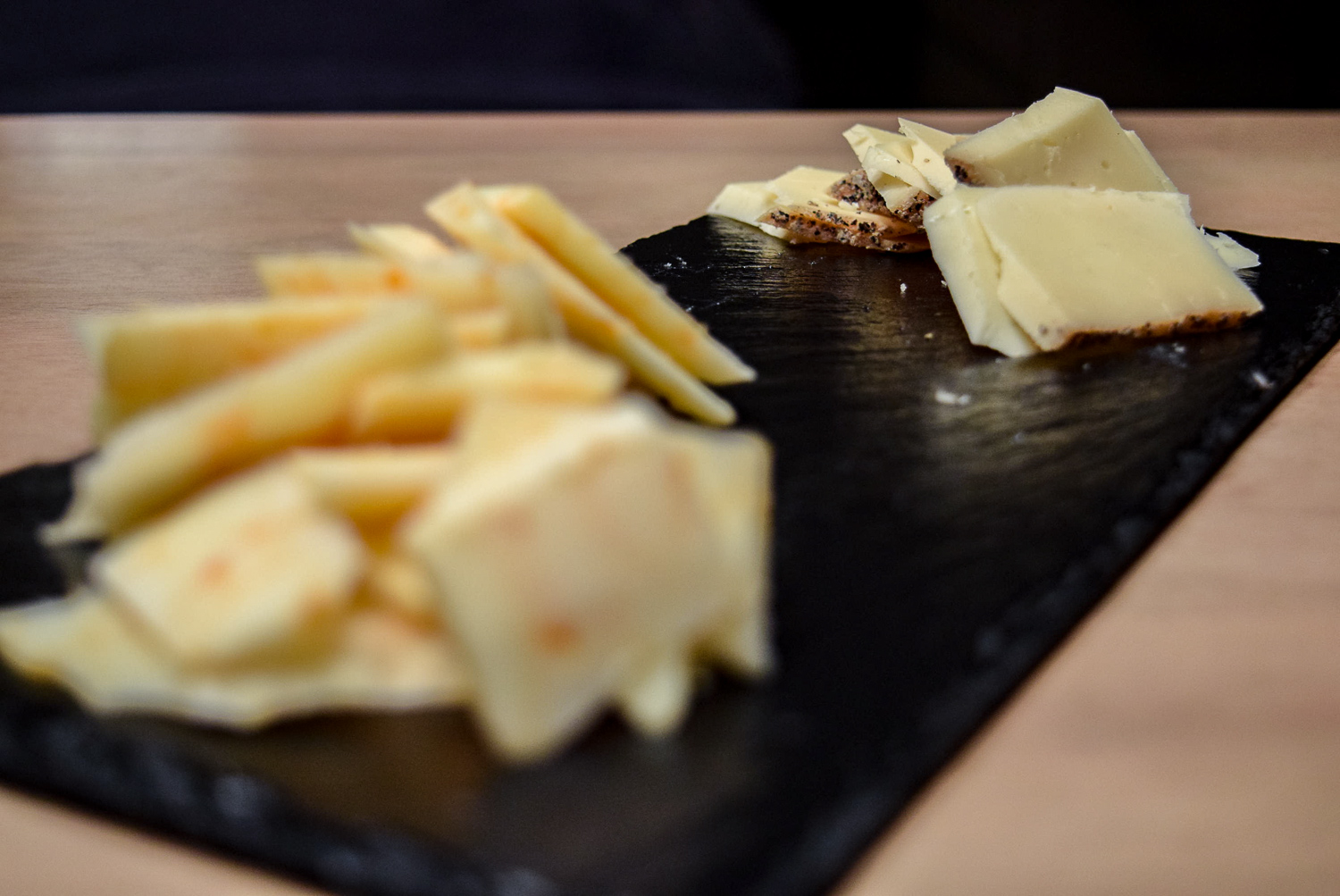 After arranging the cheeses on the mini slate cheeseboard, I pulled out some gluten-free crackers (specifically for one of our guests). These Gluten-Free Savory Thin Mini Edamame Crackers were delicious. They had just the right amount of crunch, flavor, and healthy feeling, considering they were made of protein-rich edamame. 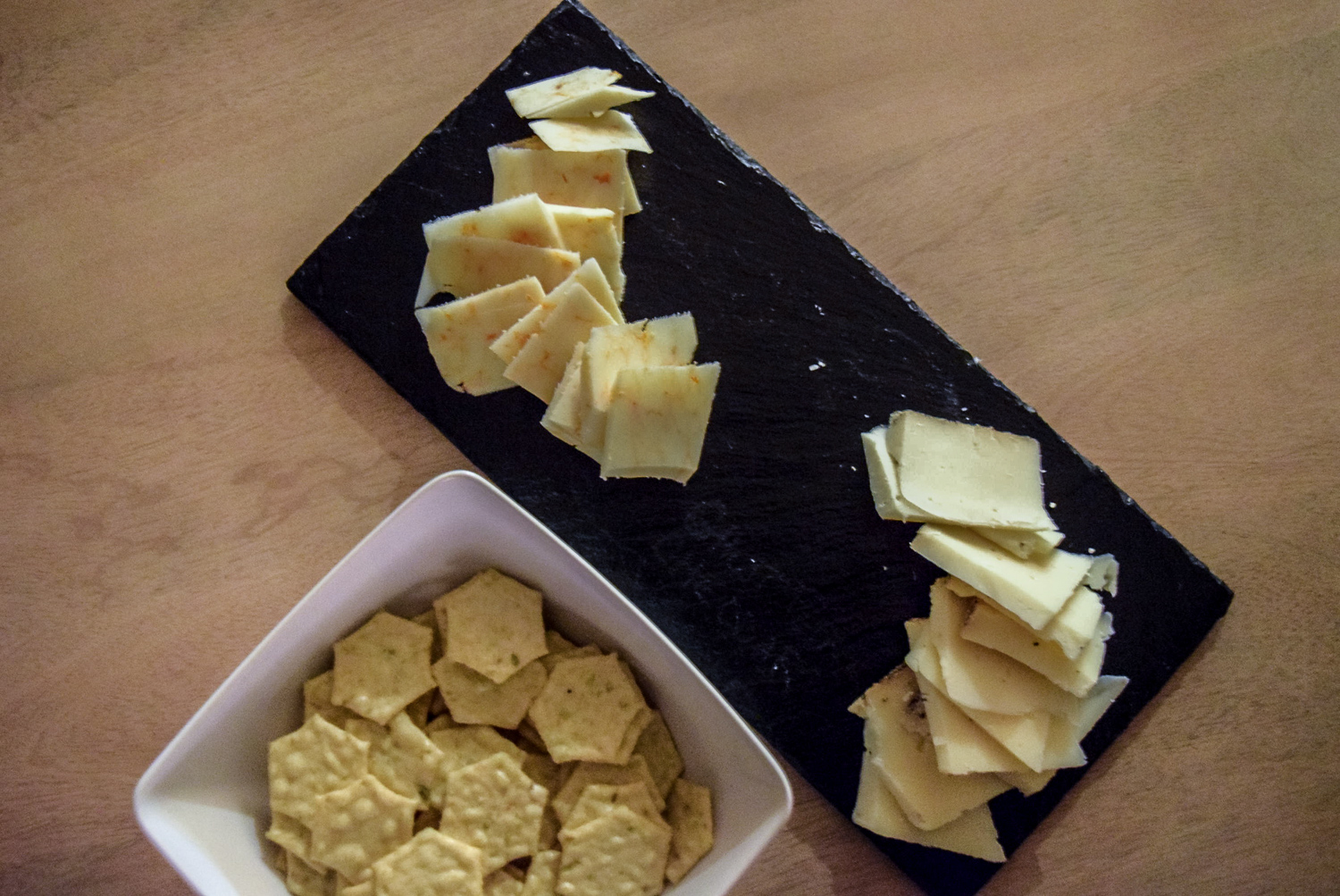 Once our guests arrived, the Gluten-Free Peppery Slate Cheeseboard was a success! The two peppers played well against each other. The Ghost Pepper Cheddar had a sharp spicy taste, while the Black Pepper Toscano tasted creamy as it melted in your mouth.

My plan was afoot. At last, with the savory, peppery distraction, I stood a chance at winning our game of Viticulture, a strategic game of winemaking in Tuscany! Of course, we served up plenty of wine to pair with the cheese and the game.

Though not as intricate as my Settlers of Catan Party Tray, this Gluten-Free Peppery Slate Cheeseboard hit the spot. Sipping wine and enjoying our simple cheeseboard, we had a great time playing Viticulture, and I had a great time winning! 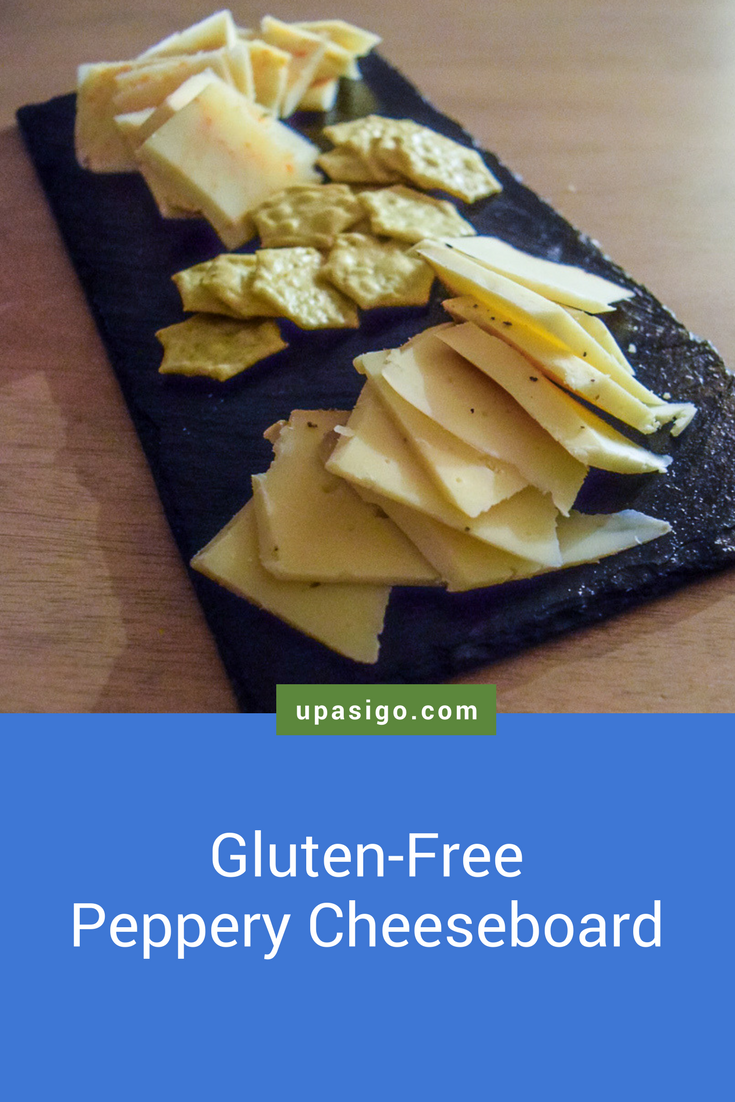