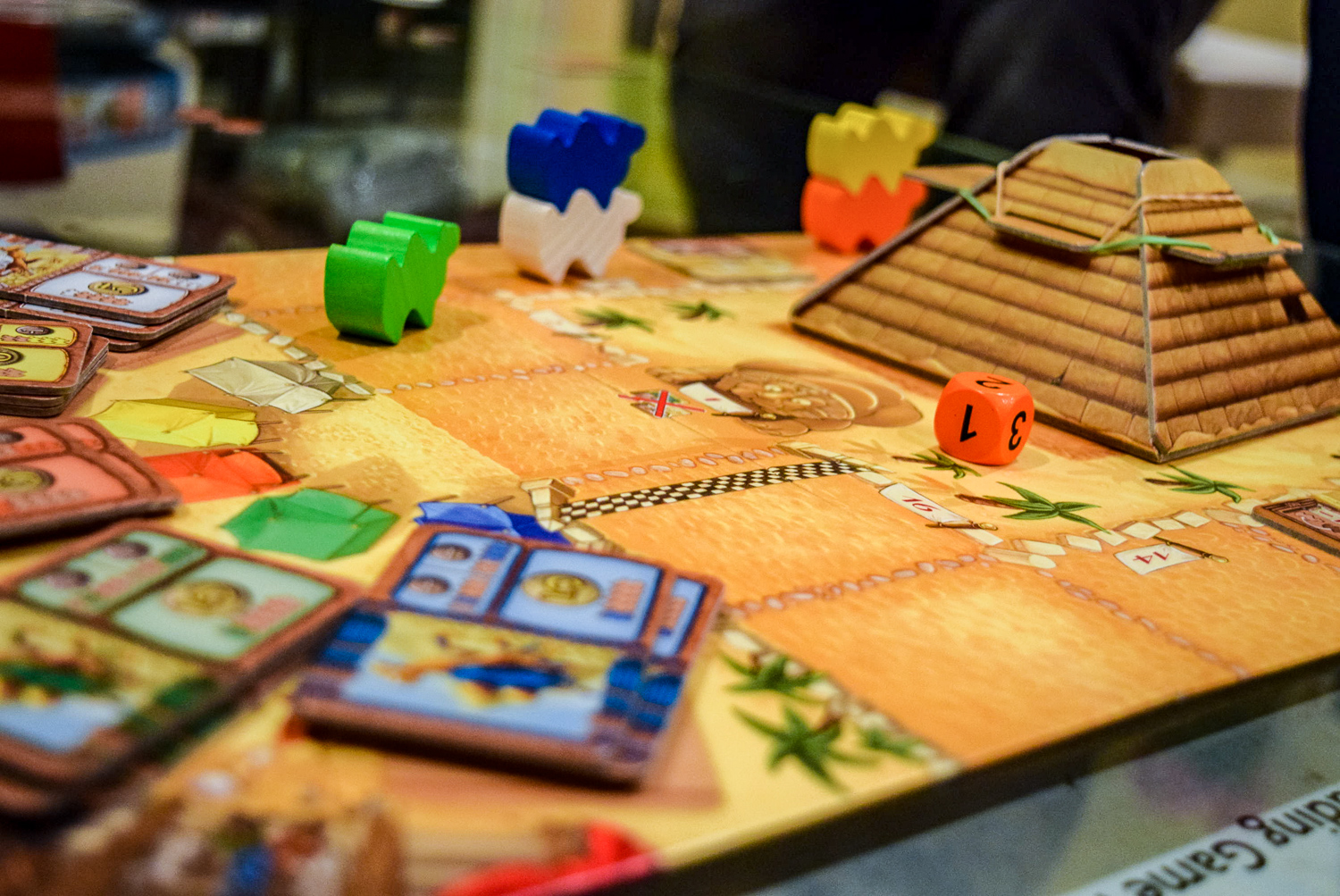 “Witness the craziest camel race of all time, as things really go topsy-turvy when camels stack up and entire pyramids turn upside down.” – the Camel Up game instruction manual

Camel Up appeals to a wide audience and plays 2-8 players, making it one of the most versatile games in my collection. As the prestigious 2014 Spiel des Jahres winner, Camel Up is part of an elite class of family-style board games. Board Game Geek gives it a complexity rating of 1.49/5, which seems to be a sweet spot that appeals to pretty much any one at game night.

A few years ago, my friend introduced it to me, and I was immediately sold. As soon as I got home, I set up an Amazon price drop alert via CamelCamelCamel (what is with all these Camels!).

I’ve played it in larger parties as well as intimate gatherings, and time and time again Camel Up is a crowd favorite. I’ve been giving it some thought, and these are the top three reasons I love Camel Up:

You may have asked yourself why camels have humps on their backs. In the real world, camel humps store fat, but in Camel Up, the humps serve another purpose: they help the camels, well, UP. In times of severe competition, camels can be carried upon each other’s backs to make it past the finish line. 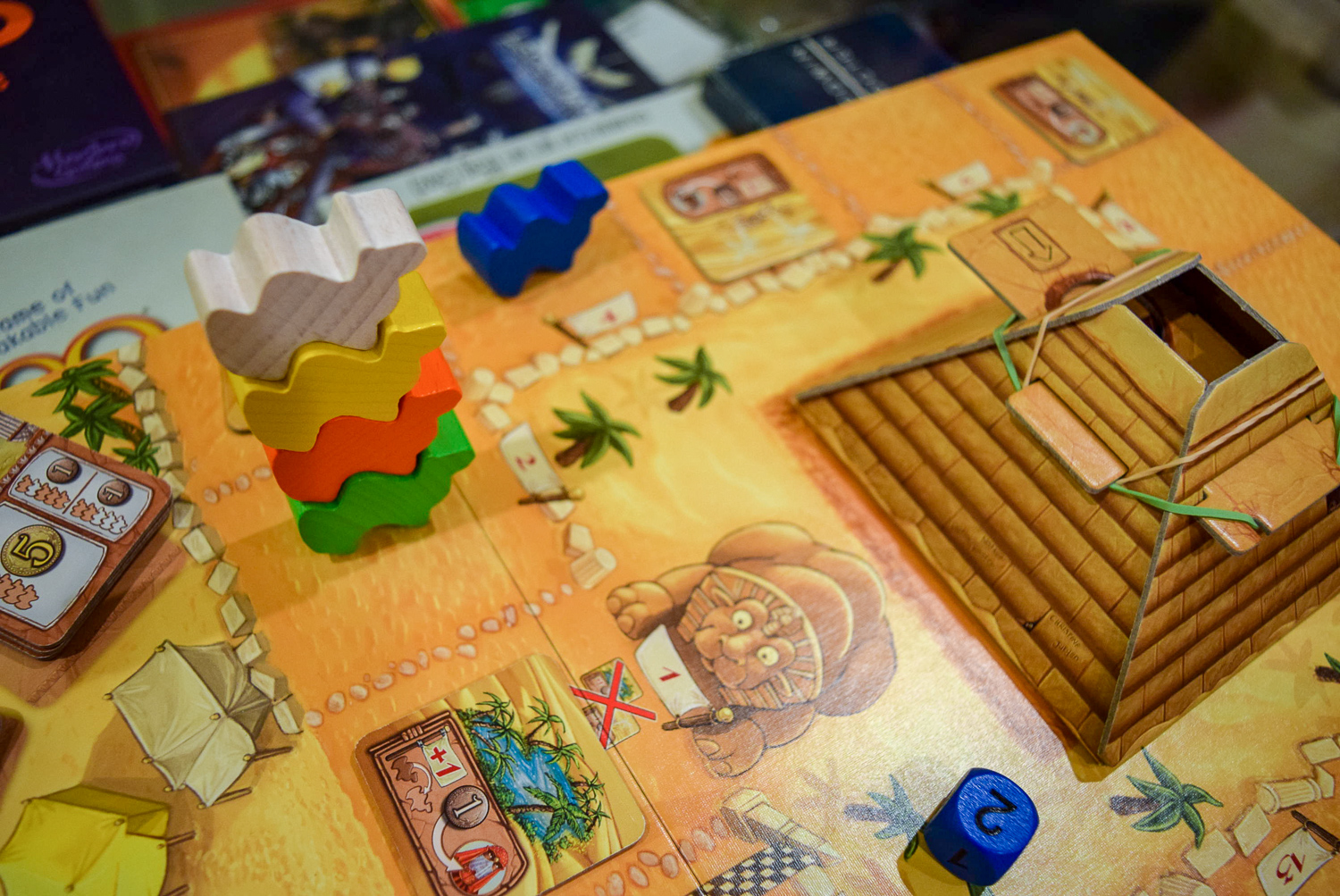 And, if that weren’t enough, camels can pile up, but they can also be relegated to the bottom of the pile! You may have your sights set on the blue camel as the winner, but with one roll, blue can quickly shift into last place.

Using your character’s single ±1 Desert tile, you have control over the race play. With the +1 Oasis side, camels that land on your tile spring forward an additional space and may pile on top of any camels that are on the spot ahead. However, with the Mirage side, camels that land on your tile are sent backward a space and stack below any camel pile that may already be there. Players are able to move their desert tile or flip it during their turn, making the race even more dynamic and unpredictable.

This brilliant mechanism is the perfect balance of randomness and player control. 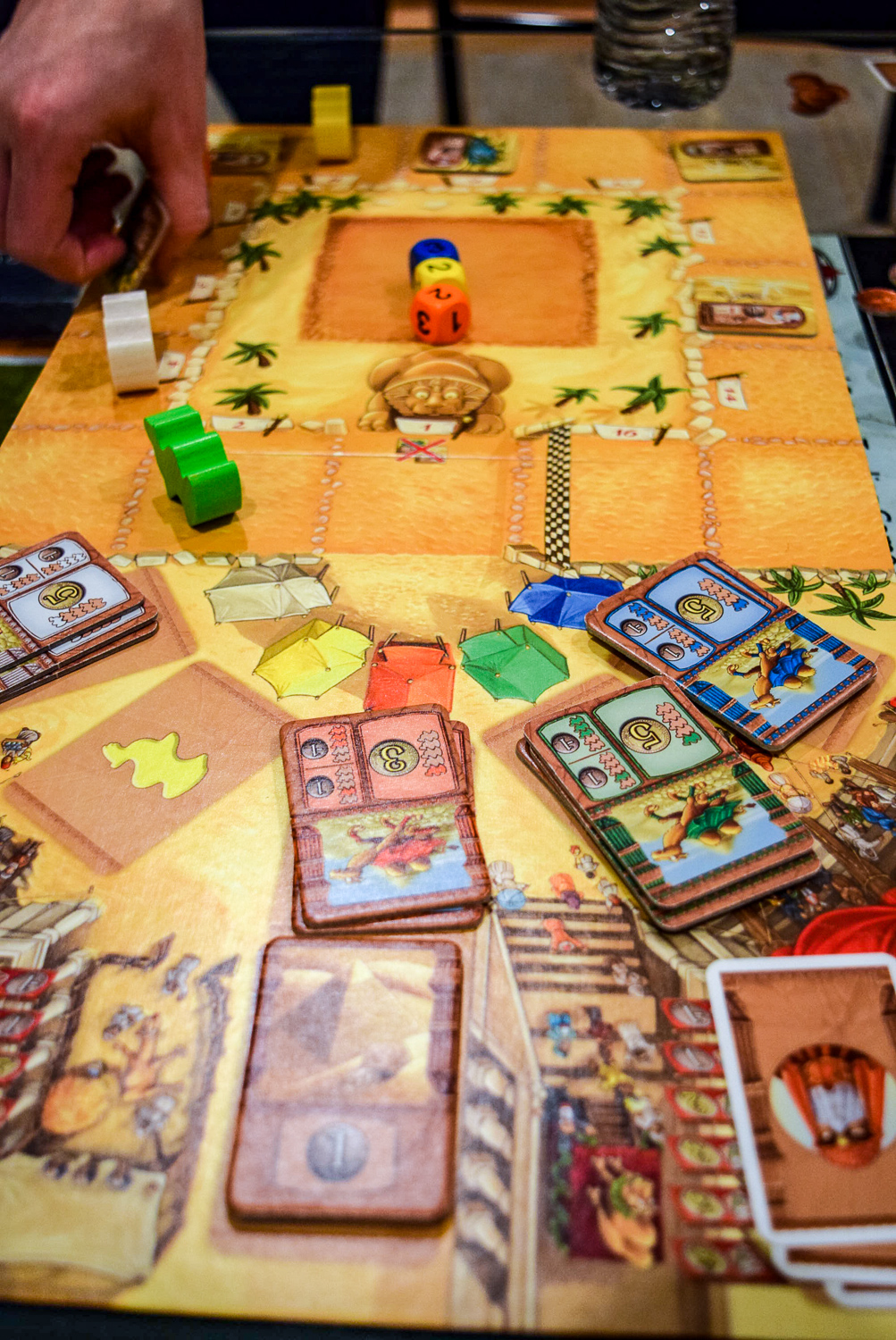 As my game nights grow, finding games that appeal to a wide audience and can play more than 4 players are key. Camel Up is just that game.

Camel Up can play anywhere from 2-8 players, though there have been several times where we have even teamed up to increase the number of people participating. Each player (up to 8) gets their own silly character. The flexibility of player number helps when extra guests show up or back out last minute for game night. 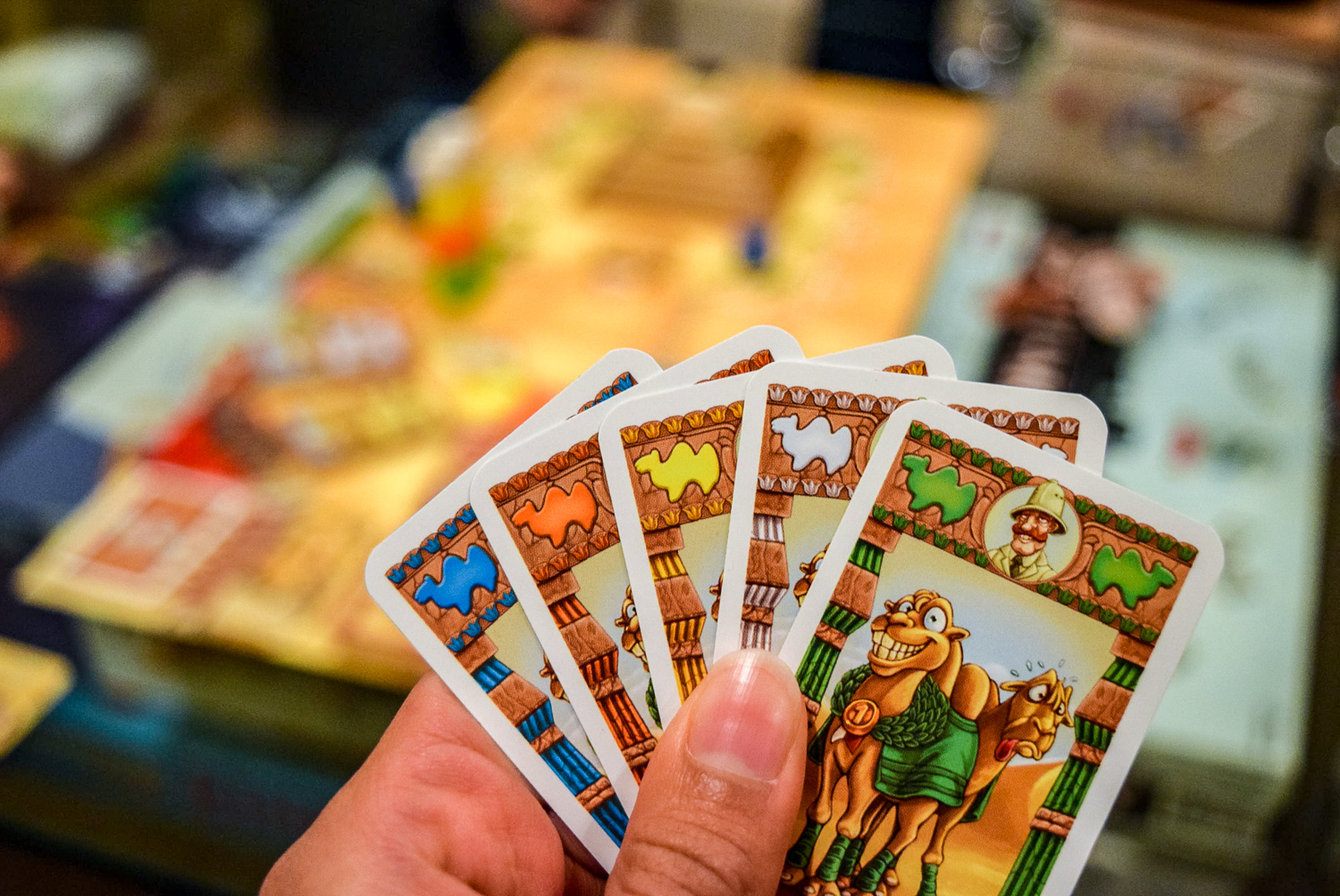 I especially love that the rules are accessible, yet the game can be strategic if desired. The concept of betting on a camel race is super easy for kids and lighthearted adults to grasp. However, for the more strategic and mathematically minded gamers, calculating the possibilities and their respective probabilities adds a depth to a game that seems simple at first glance. The best part is that both types of players can happily coexist in the same game and have a great time! 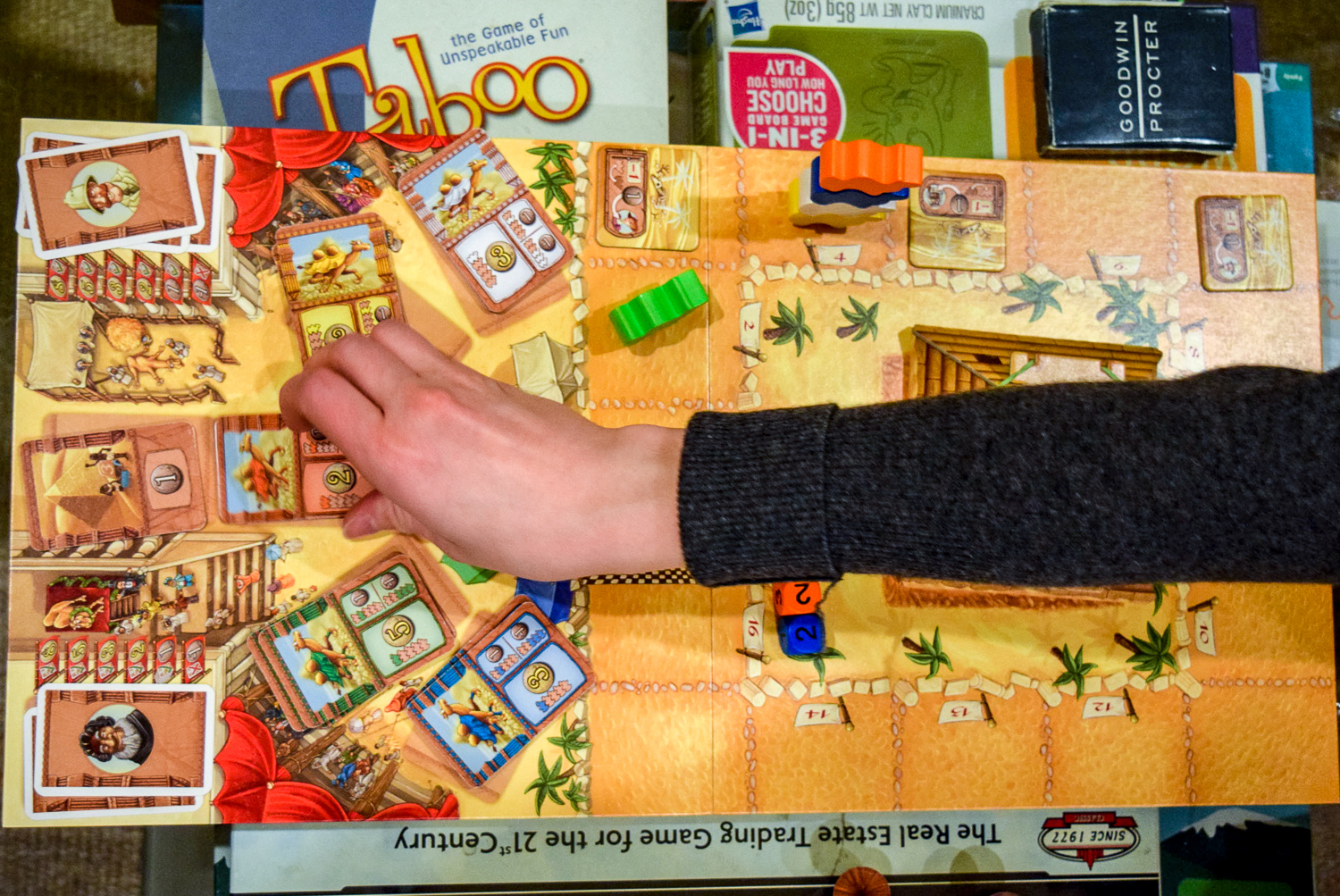 3. The Camel Up die-rolling Pyramid

My absolute favorite element of Camel up is the die-rolling Pyramid. With just a few pieces of cardboard and a rubber band, you construct your own Egyptian Pyramid! Now, it doesn’t house sarcophagi, but rather dice. 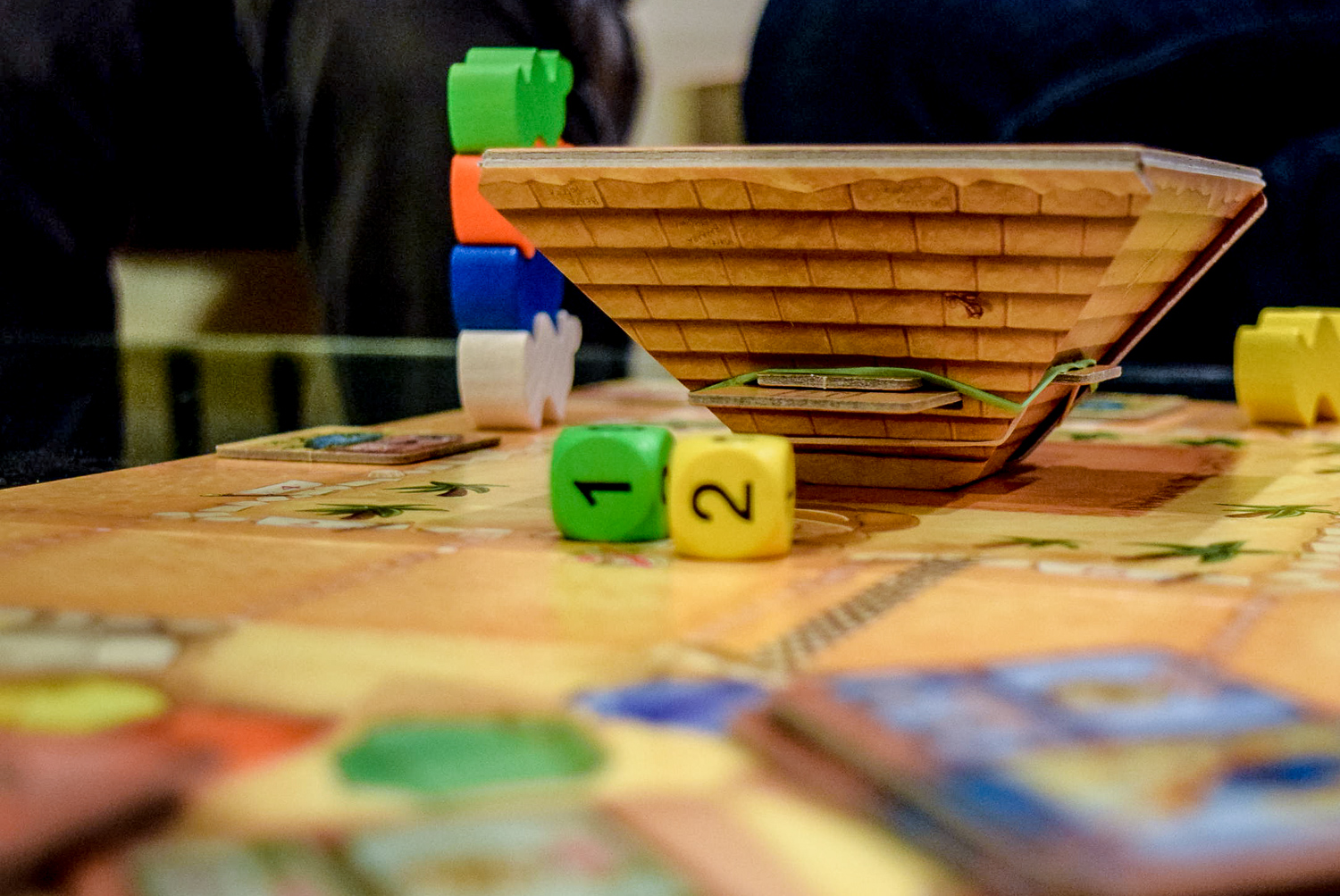 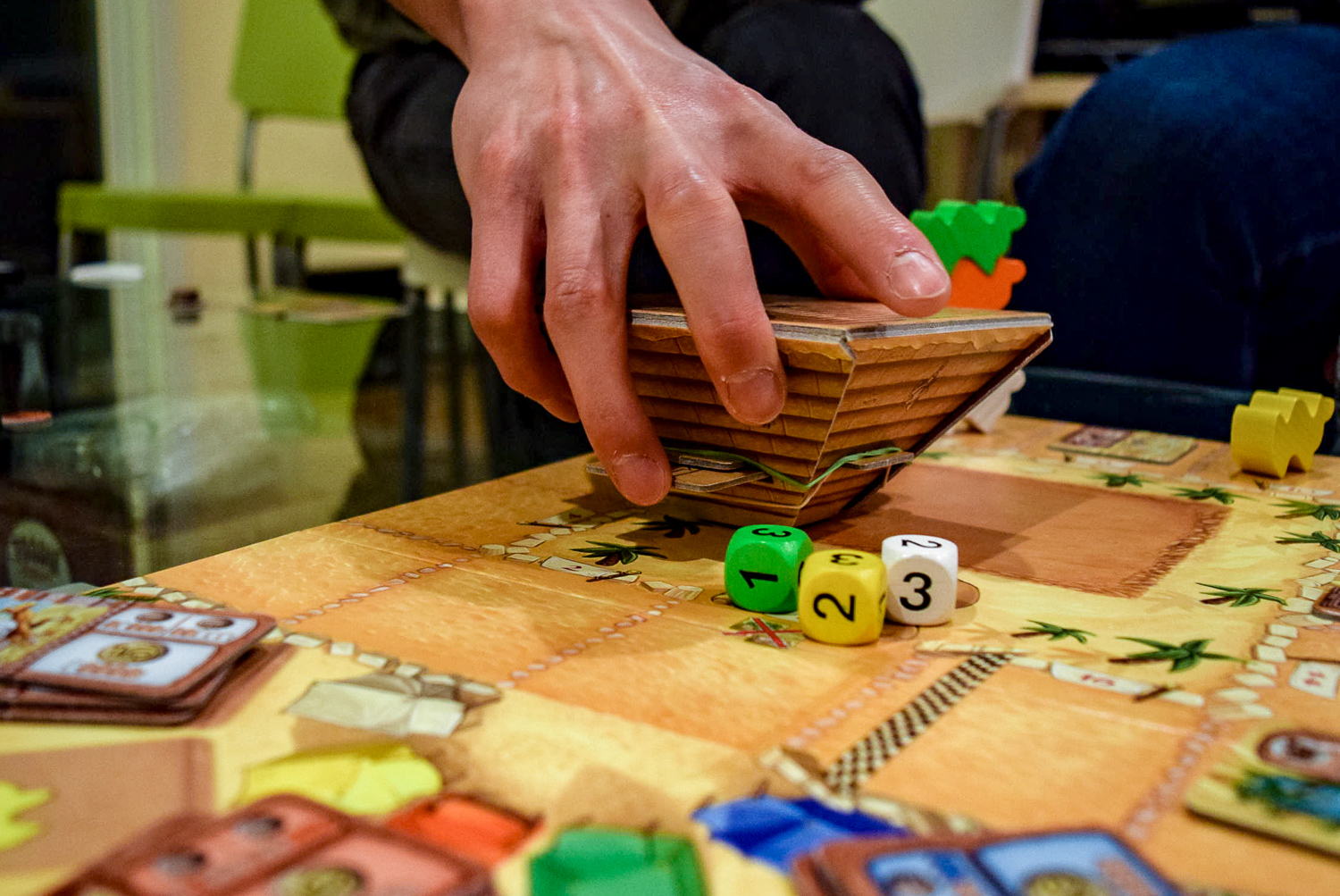 The genius of this Pyramid is that when you turn it upside down in this topsy-turvy world of stacking camels and press the slider, only a single die is released at a time, perfectly rolled and placed where you designate it. 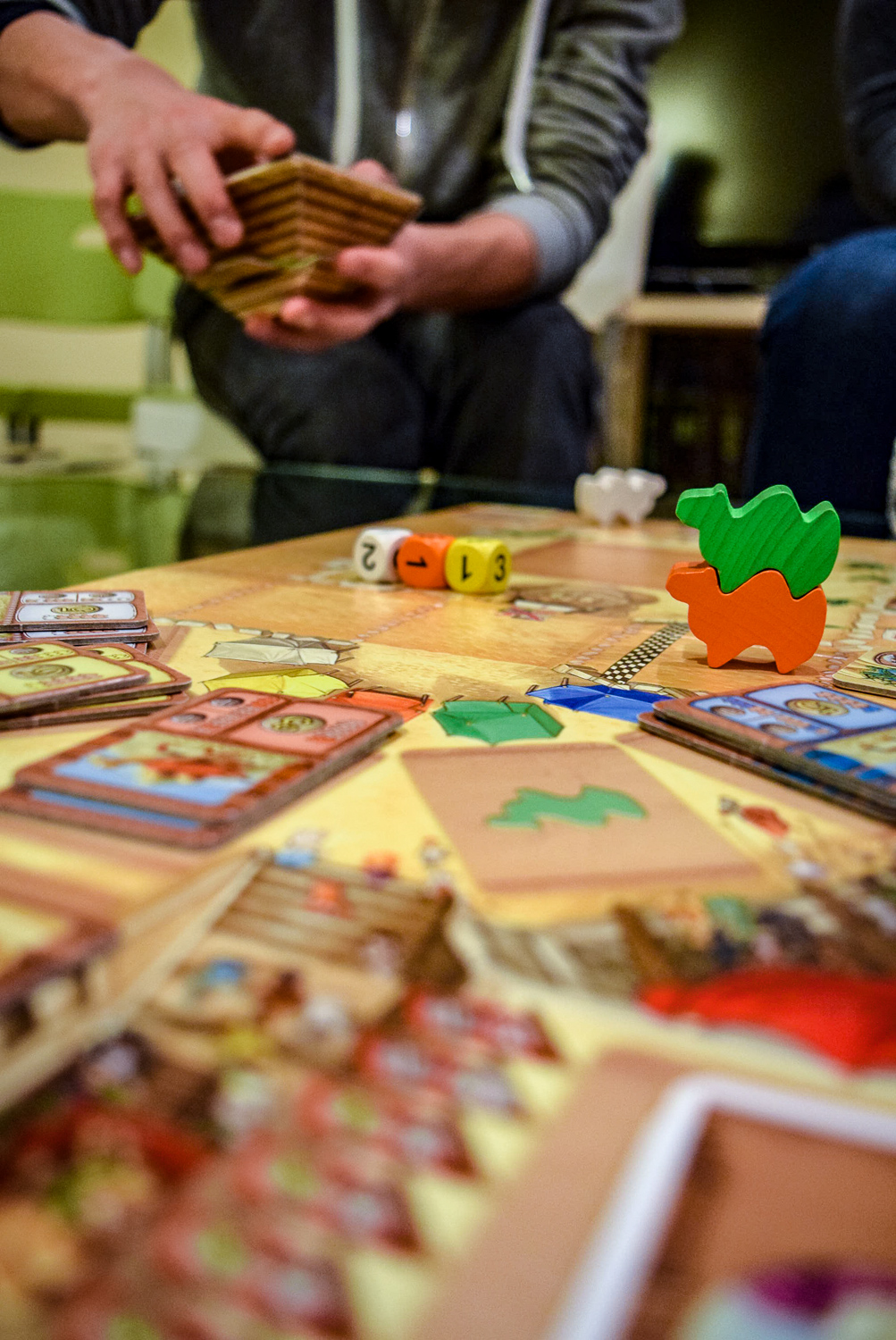 When using this pyramid as intended, there are no extra rolls or lost dice. What a design—a flawlessly themed dice roller with a creative mechanism made of only cardboard and rubber bands! This Mechanical Engineer is impressed.

I highly recommend adding Camel Up to your game night rotation. The creative physical mechanisms and sheer versatility make this a staple for game night. We have a blast sharing it with friends and family and hope you do too!

P.S. If you are interested in games with mechanical details, I recommend playing 13 Dead End Drive, my favorite childhood board game. 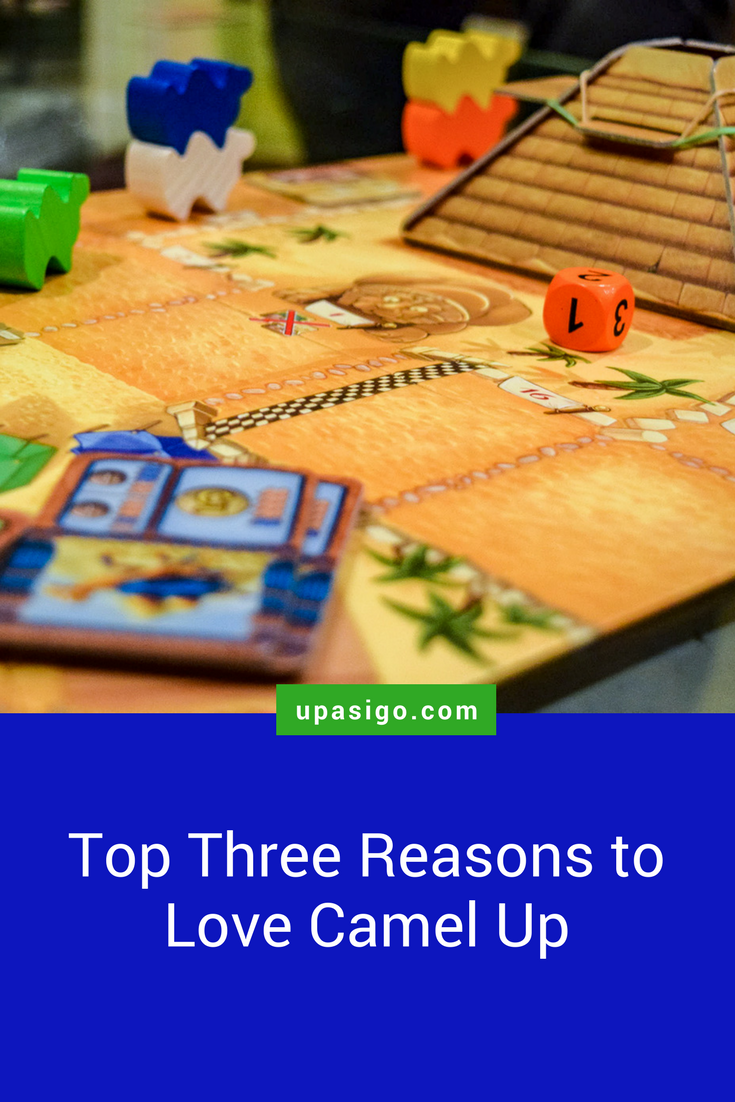