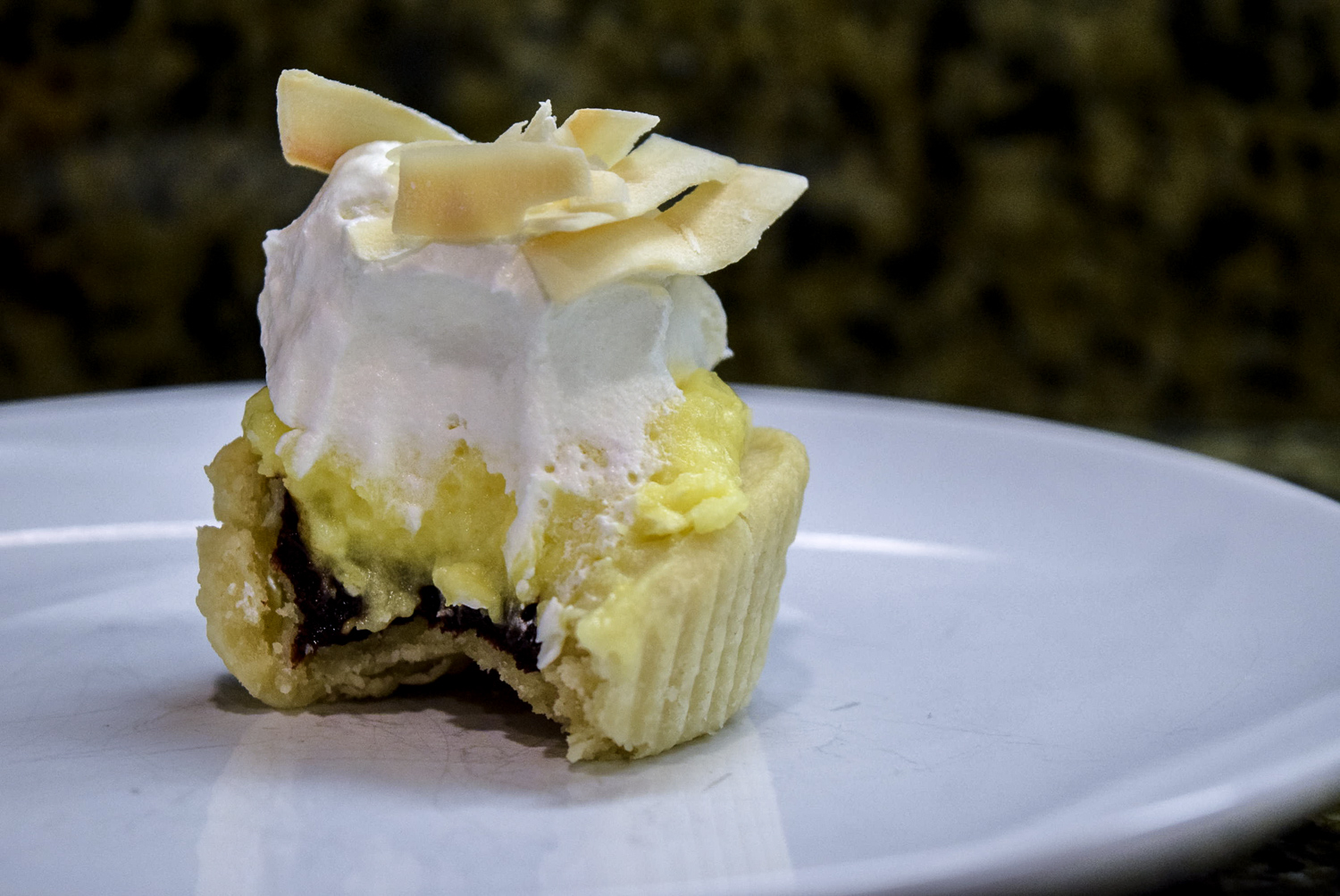 These Coconut Cream Pie Bites were born out of curiosity. Could I create a mouth-watering, bite-sized dessert for friends in an hour?

This is how the story goes: I had one hour before we needed to leave for an evening at a friend’s house, and that’s when I decided to bring a dessert. I know, one hour before maybe wasn’t the best time to decide to try something new, but that’s what making it up as I go is all about, right?

After a quick survey of my pantry, I noticed I had a packet of Jell-O Coconut Cream Instant Pudding and Pie Filling. That got me thinking: why not make a Coconut Cream Pie?

I knew I needed something that could transport well and where I wouldn’t need to burden my hosts with additional utensils for serving and clean up. So, I scaled down the full Coconut Cream Pie into Mini Coconut Cream Pie Bites. 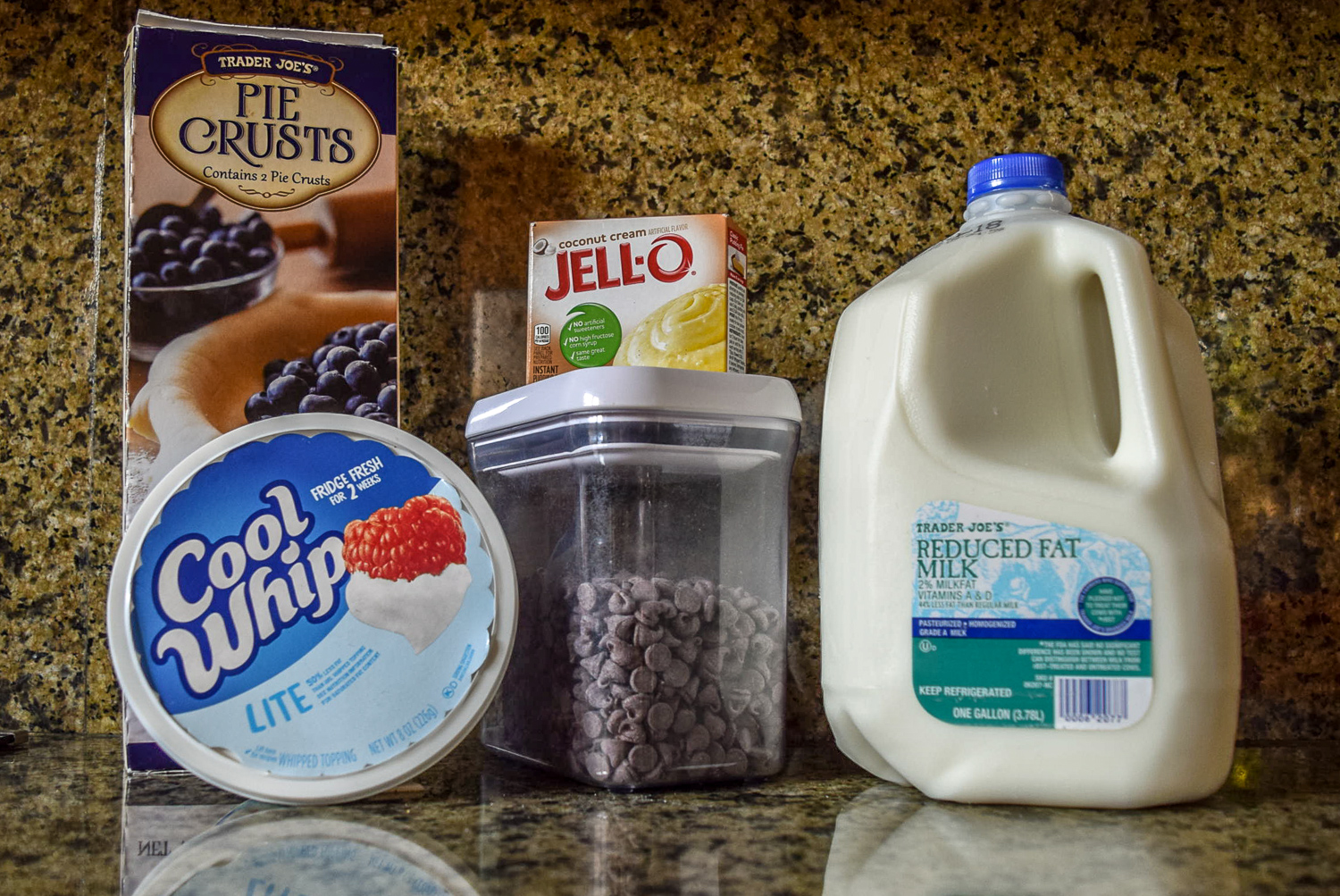 After gathering the necessary ingredients, I began with the pie crust since it was the foundation for the mini pies and would take the longest time. I rolled out the pre-made dough and cut out 12 circles. Once the muffin tray was lined with silicone baking cups, I filled each with a pie crust dough circle to make pie crust dough cups. Then, I used a fork to prick each cup bottom to prepare the dough for a blind bake. 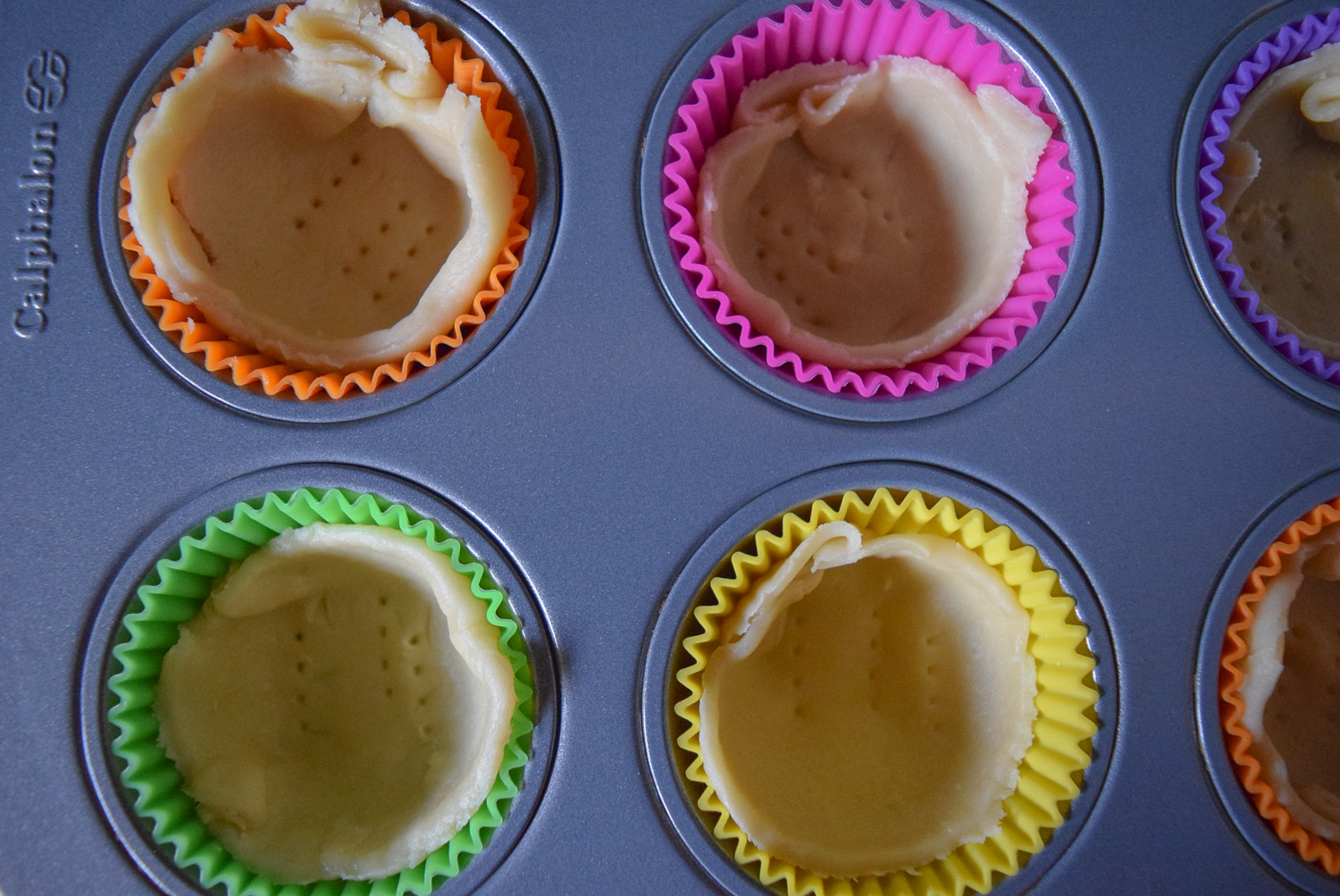 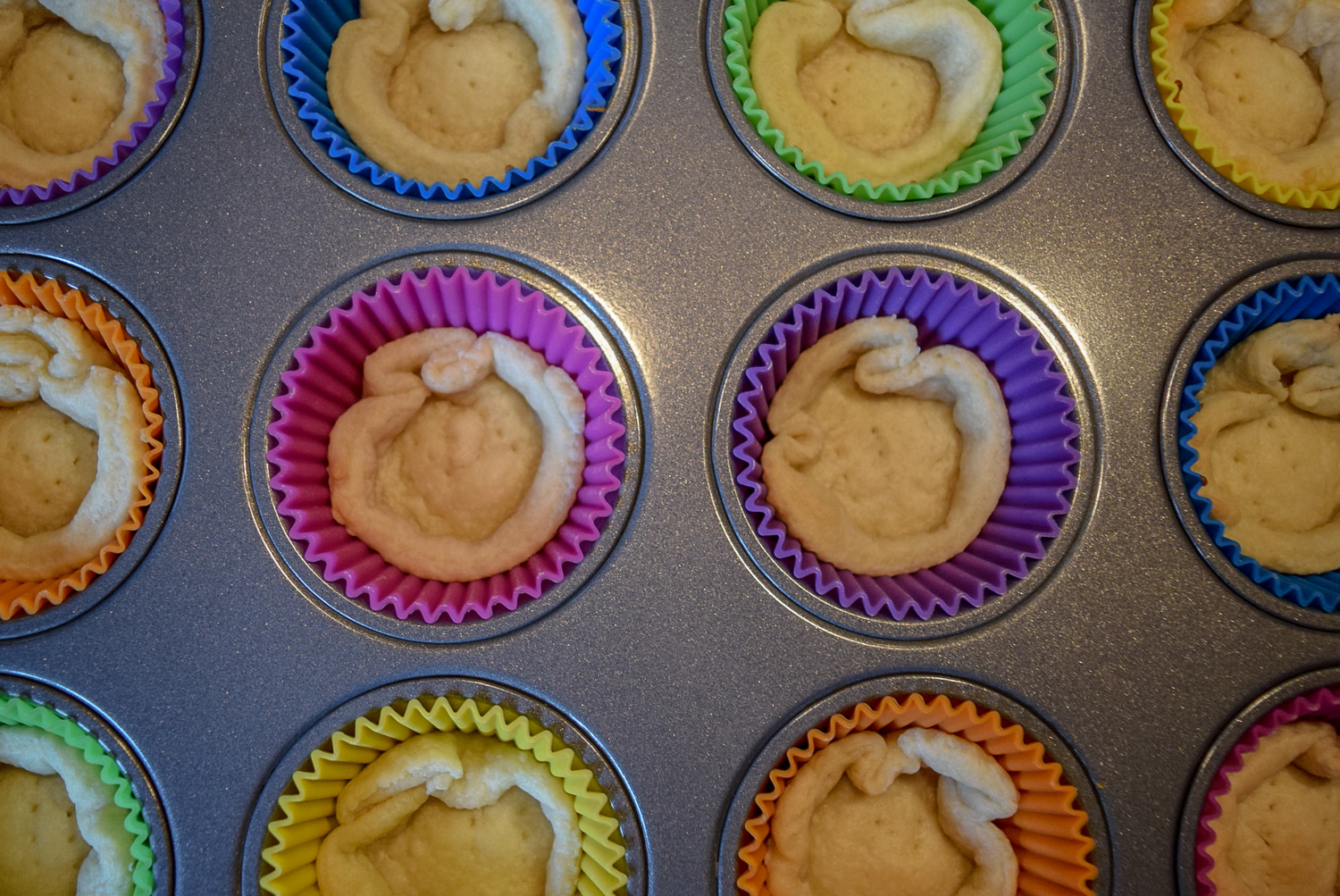 I wanted to add a rich twist to traditional Coconut Cream Pie with a layer of chocolate between the coconut cream and crust. So, while the pie crust cups were baking, I melted down the chocolate chips in a makeshift double boiler. 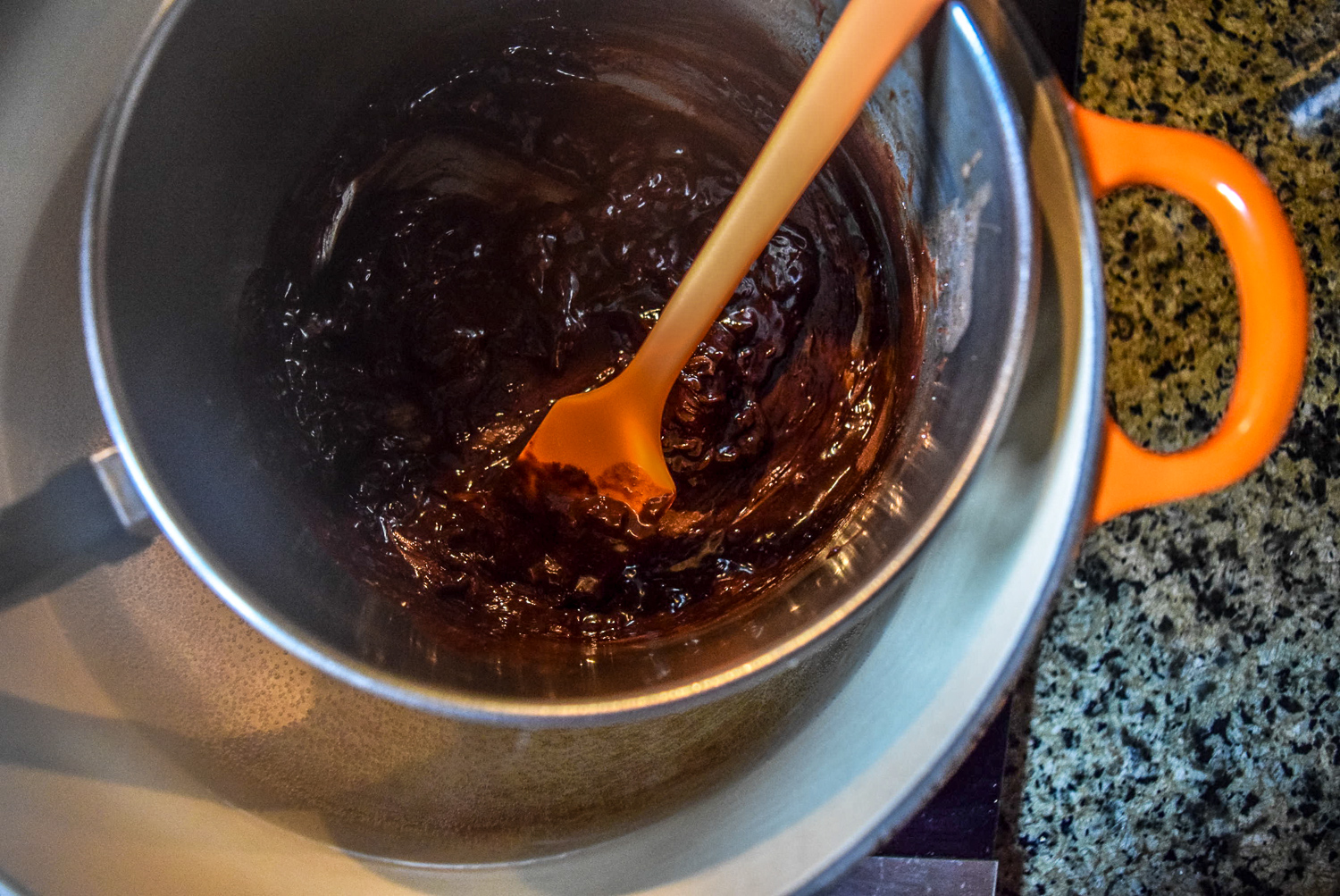 Once the crusts were finished and with the chocolate sufficiently melted, I quickly scooped the liquid chocolate into the still warm crusts. 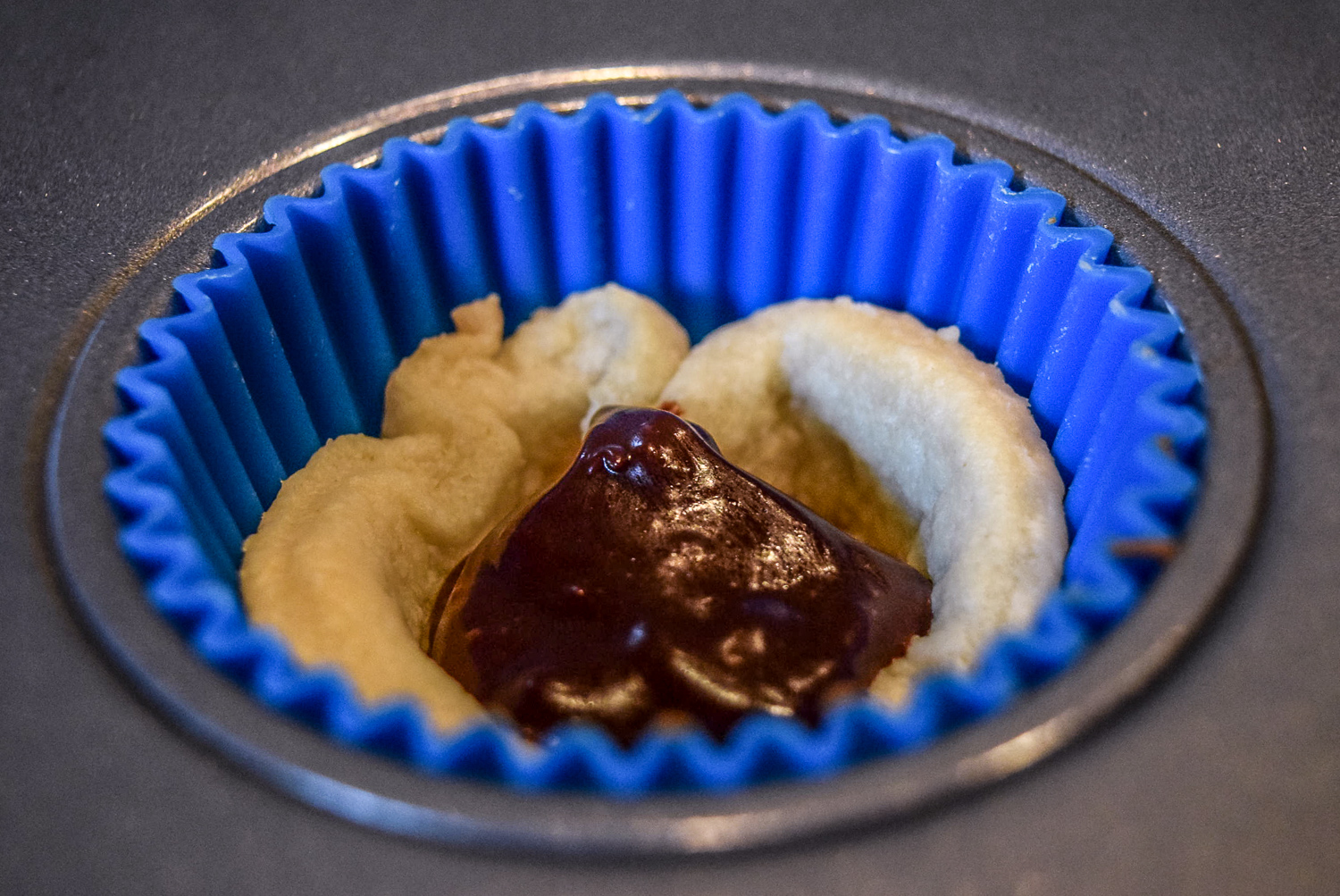 Now that the toughest part of the process was complete, I began the no-bake part of the Mini Coconut Cream Pie Bites. I mixed milk into the Jell-O Coconut Cream Instant Pie Filling to form the coconut cream pie pudding filling. 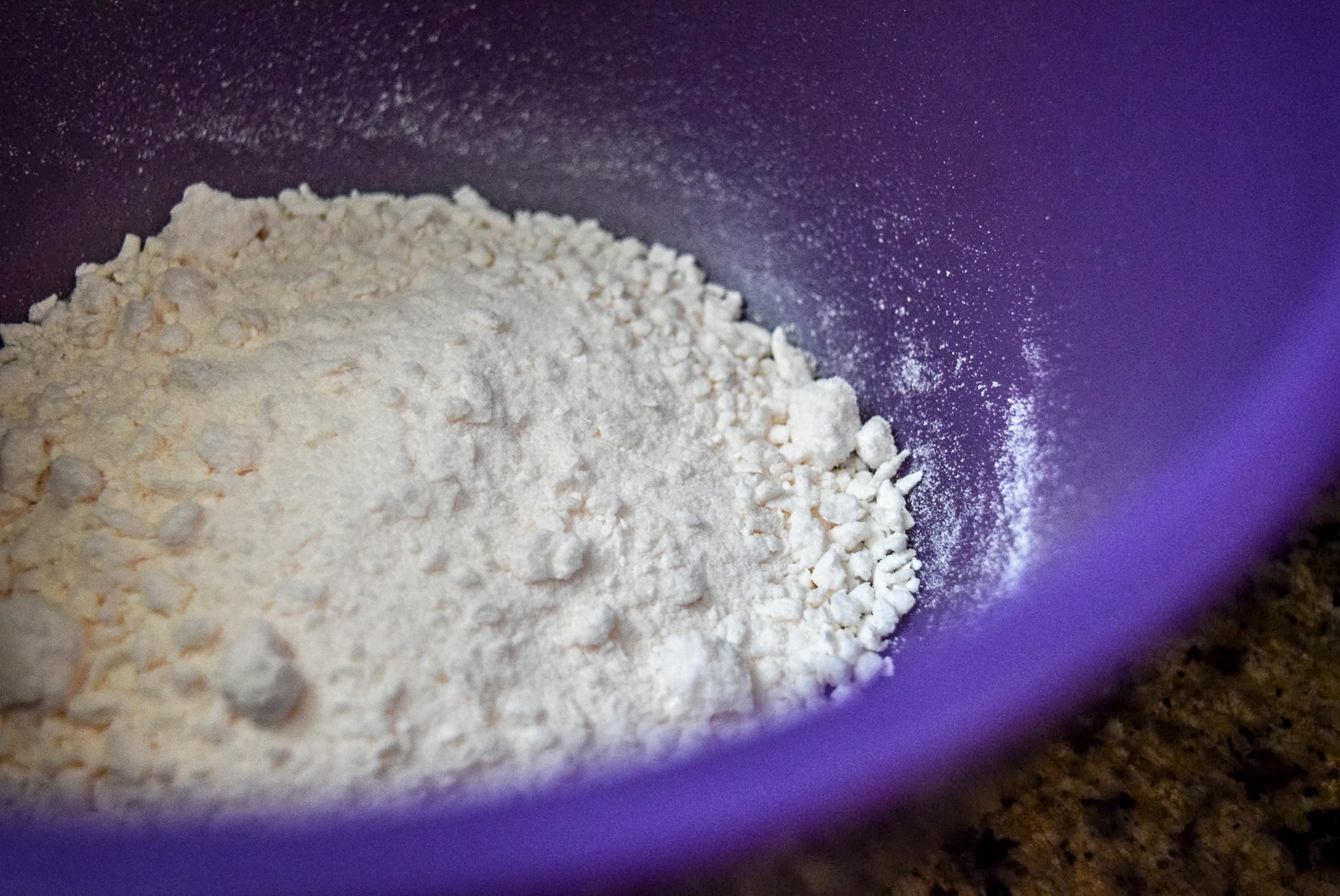 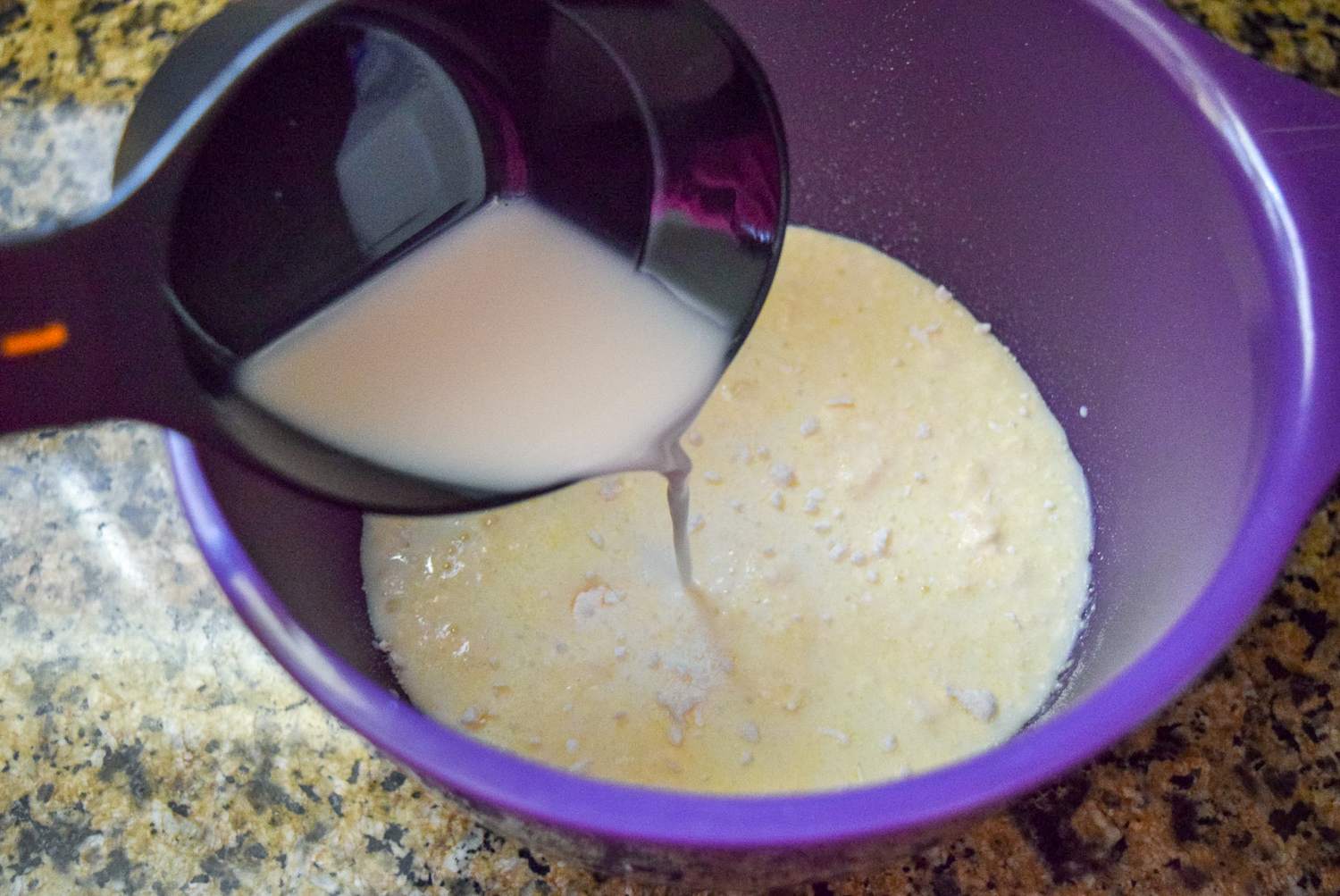 Once fully combined, I could begin with the final assembly. I added a scoop of the pie filling to each chocolate-crust cup. 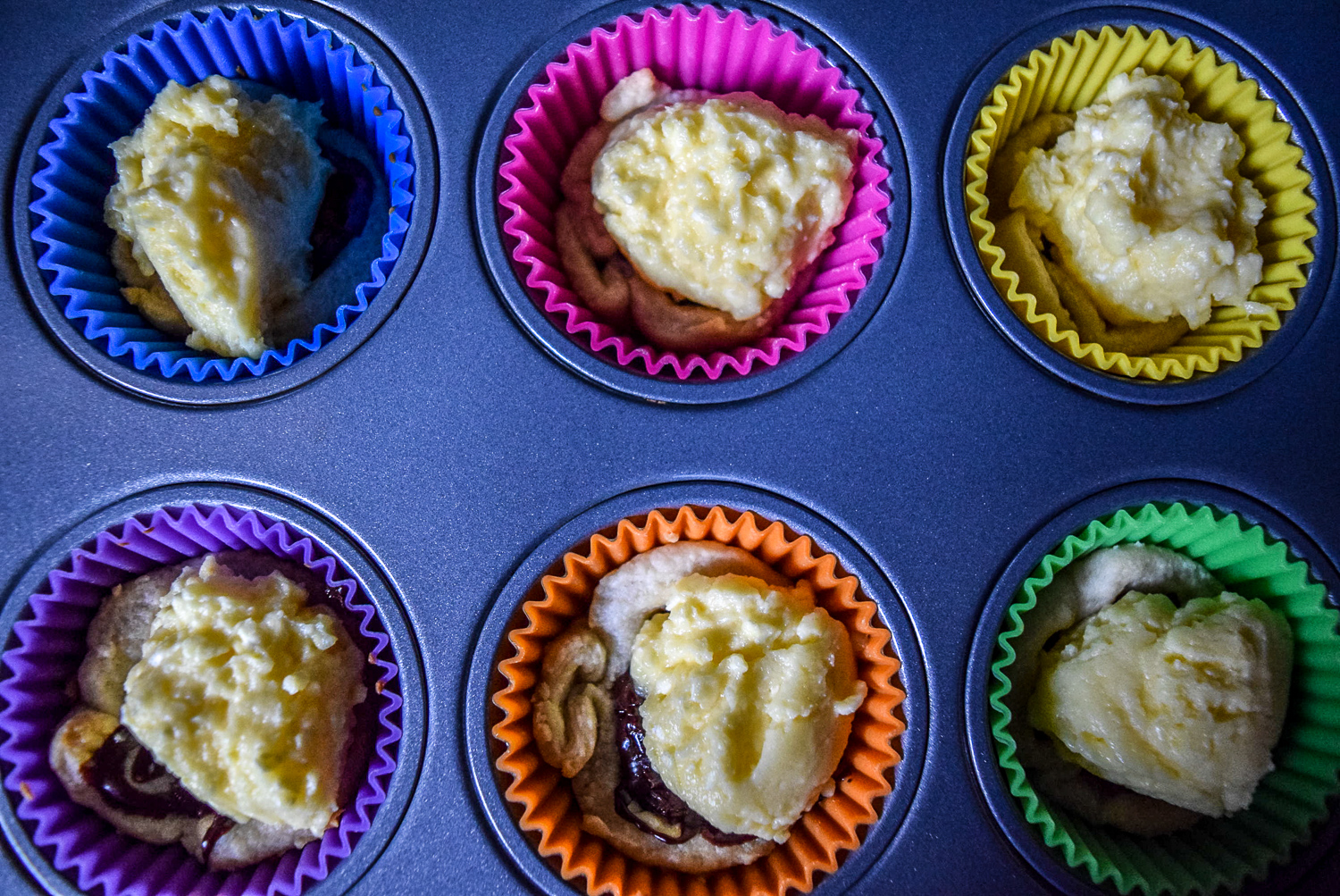 Then, I topped each off with a dollop of whipped cream. I used Cool Whip to speed everything up. 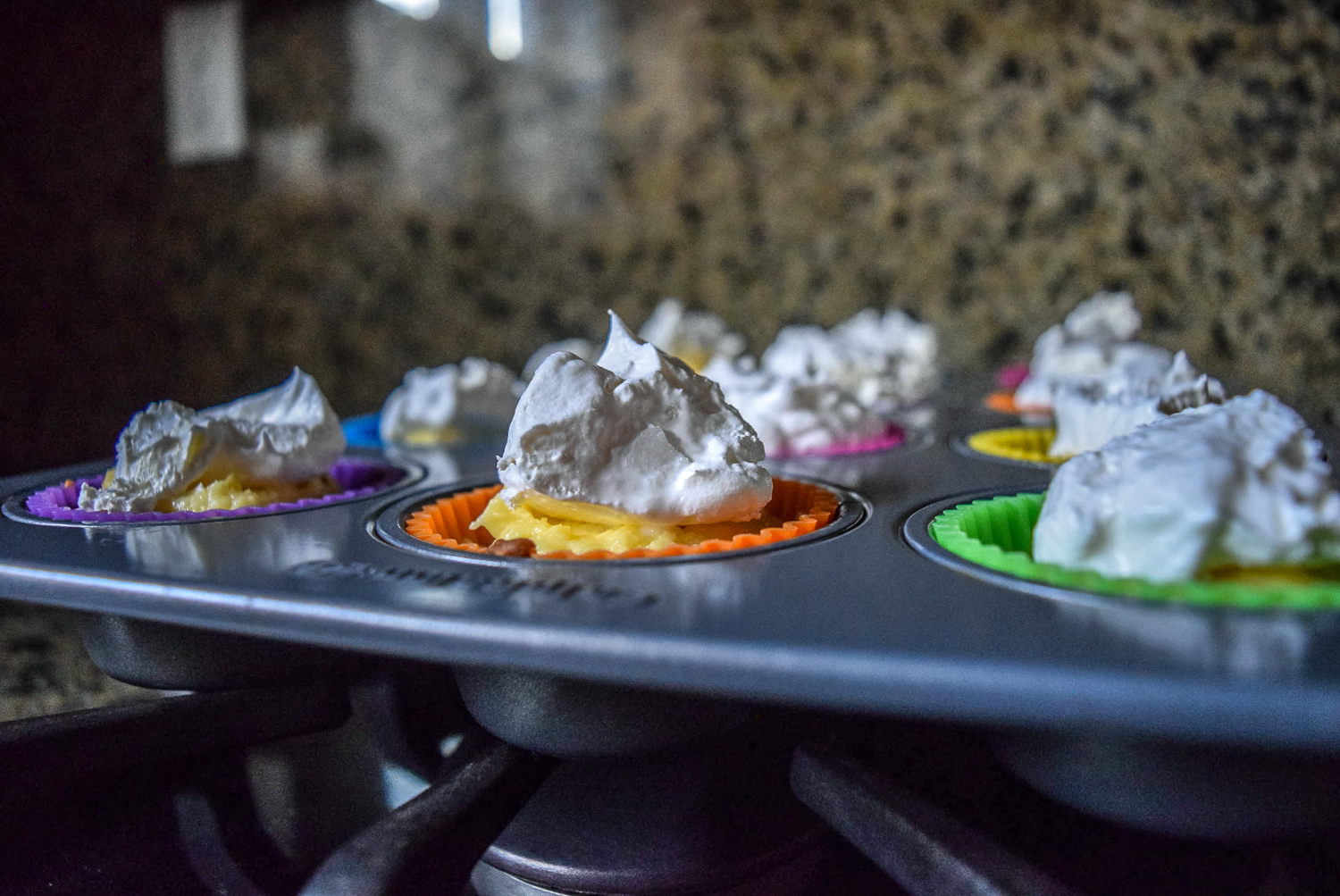 Lastly, I sprinkled toasted coconut chips on top to add a bit of crunch. 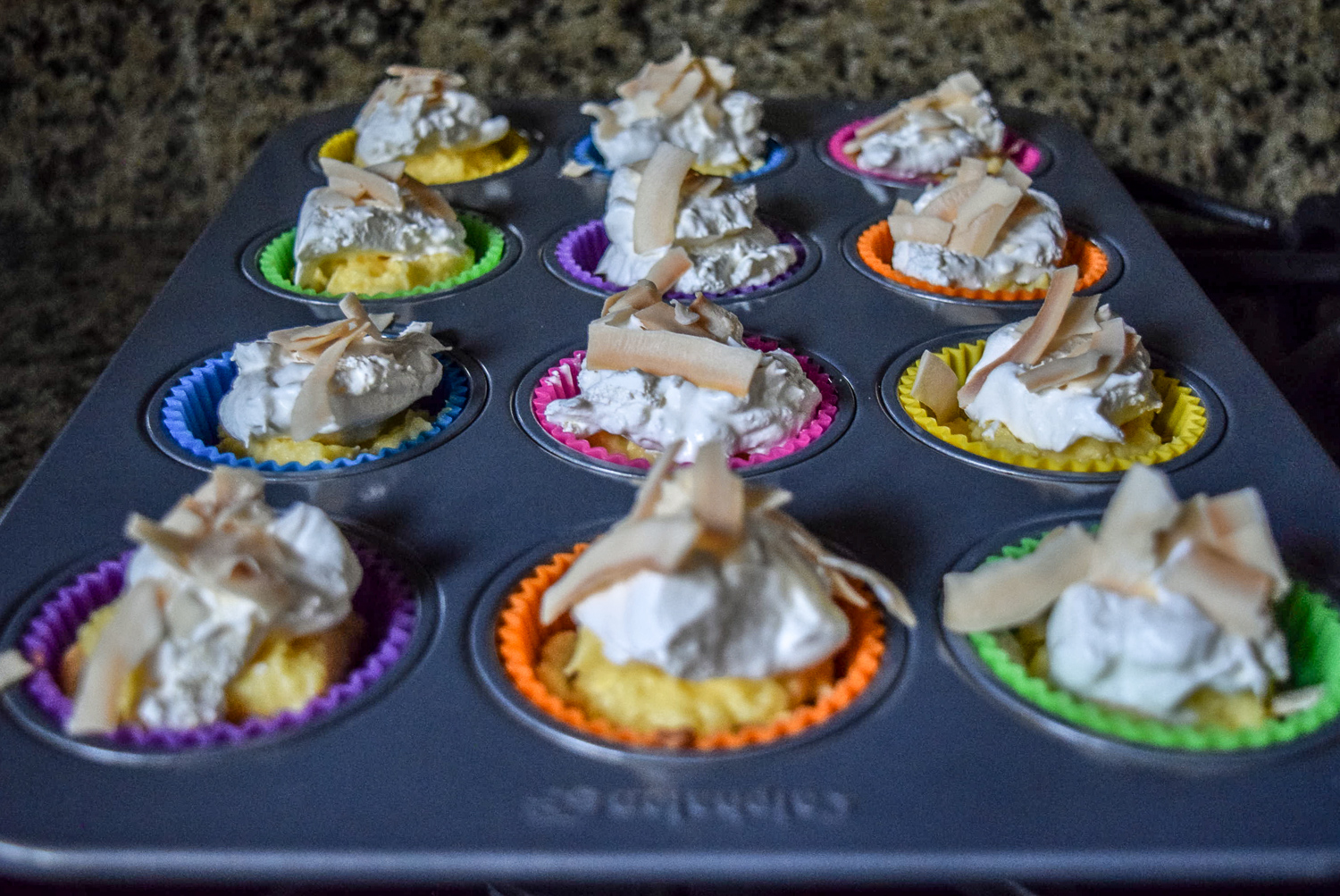 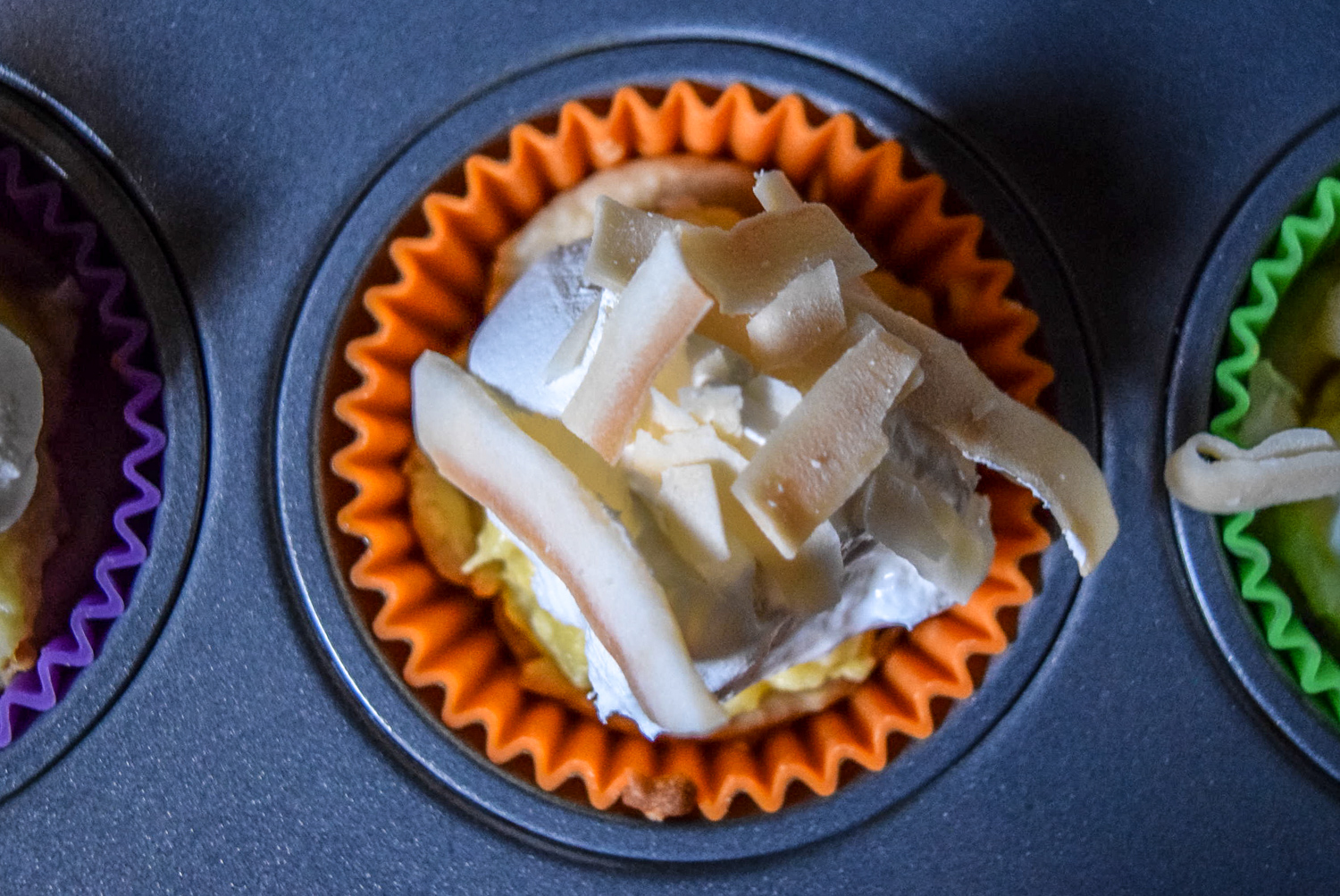 All that was left was to pop each Mini Coconut Cream Pie Bite out of its silicone baking cup and enjoy. 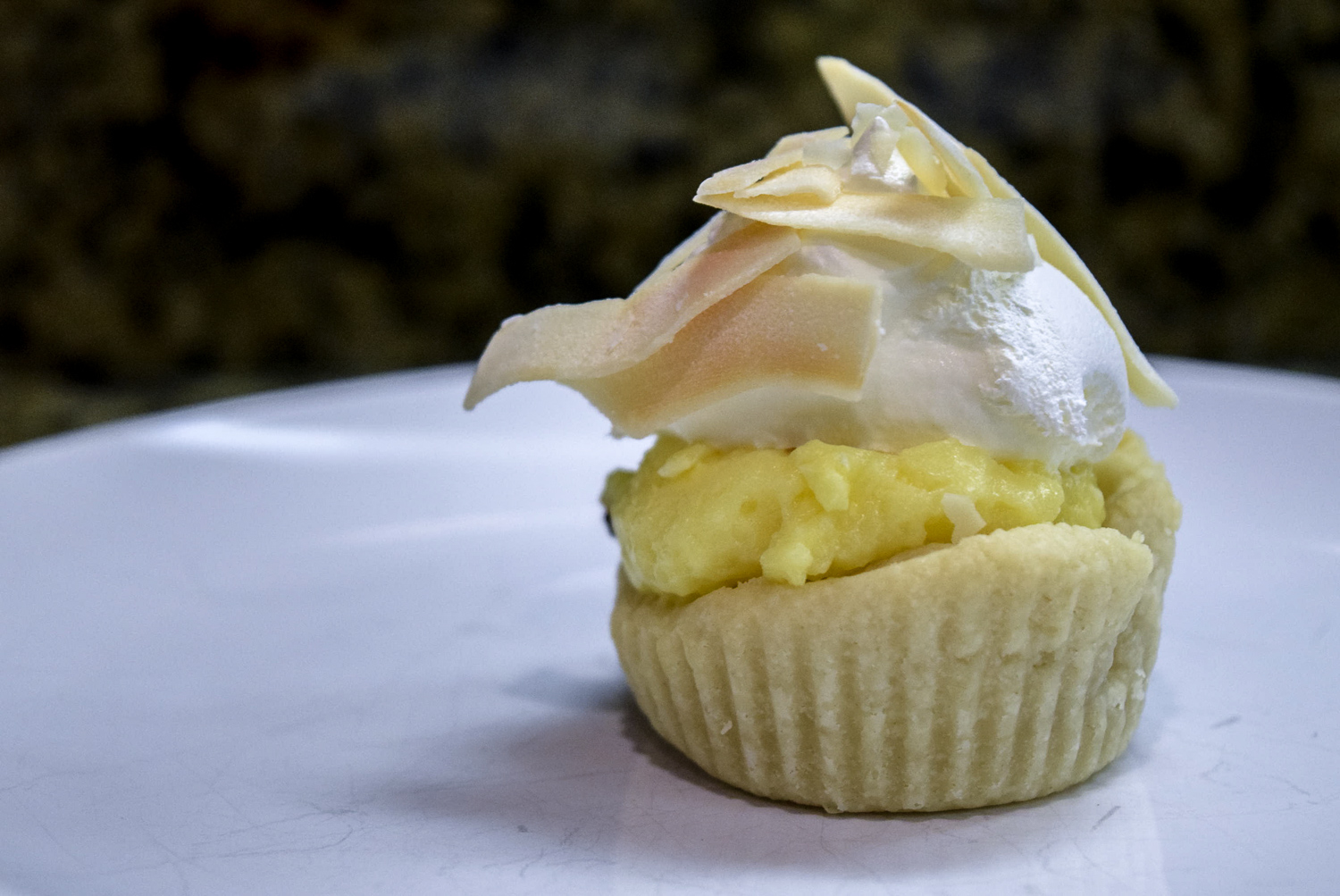 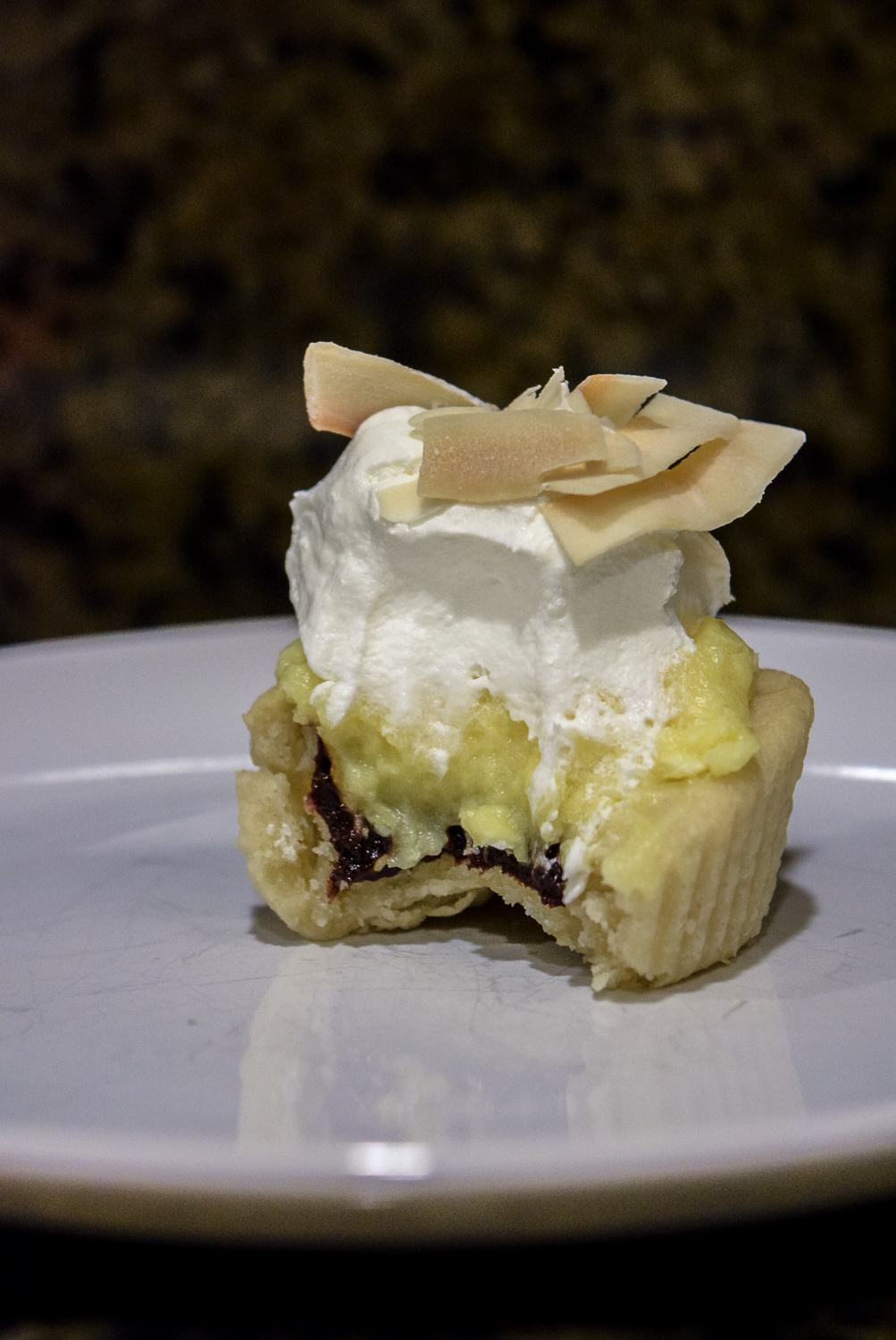 After my first taste of a Coconut Cream Pie Bite, I was in heaven. The creamy coconut cream filling with the flaky-chocolatey crust was delicious. I knew my fellow party goers would like these tasty bites. Judging by how quickly they flew off the table, that was confirmed. These easy Mini Coconut Cream Pie Bites are tasty, no-mess treats for your next party.

If you want to check out more pie recipes in honor of Pie Day, you may like my Apple Pie and my Strawberry Frozen Yogurt Pie. 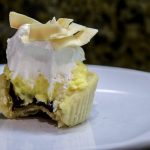 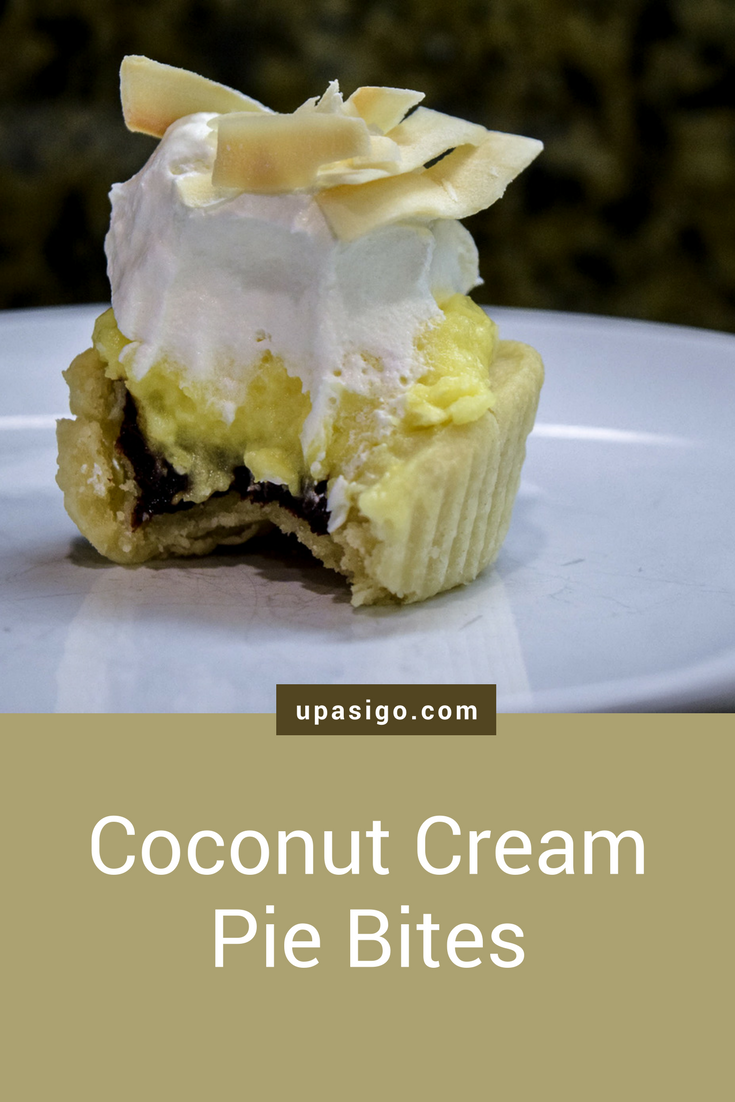 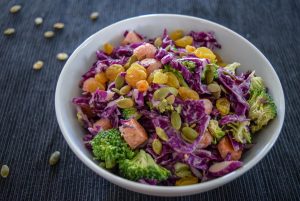