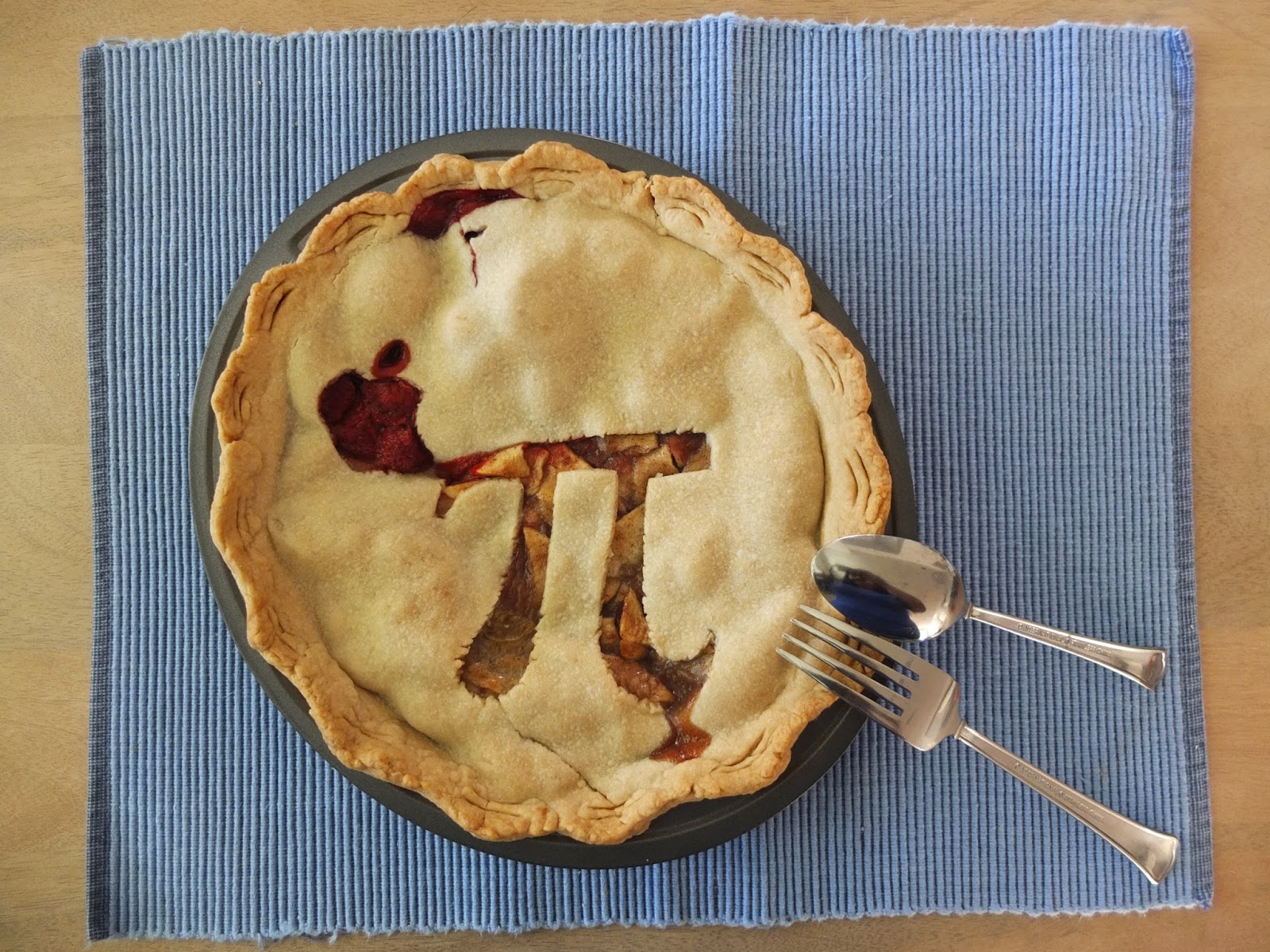 Coincidentally, my friend Nadine visited from Germany, and she not only loves baking (check out her blog here), but she also wanted to surprise her friend who works at Apple. Of course, this meant one thing, and one thing only. We had to bake an Ultimate Apple Inc. (Pi)e!

Though I don’t usually bake with butter, today was an exception. We mixed the flour, salt, sugar, and butter together with my KitchenAid mixer. Then we added the water to the mixer until a dough formed and were careful not to overmix. 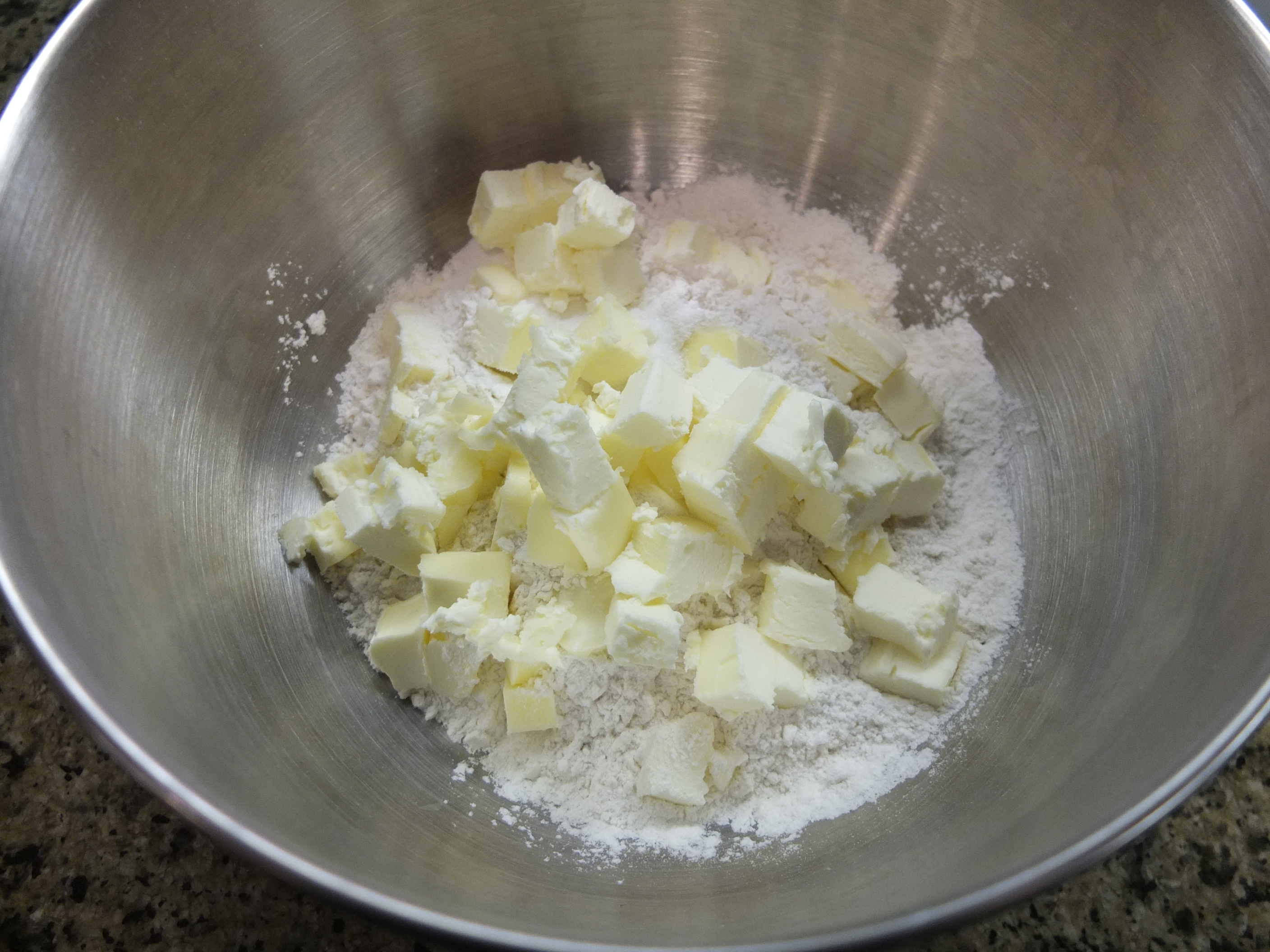 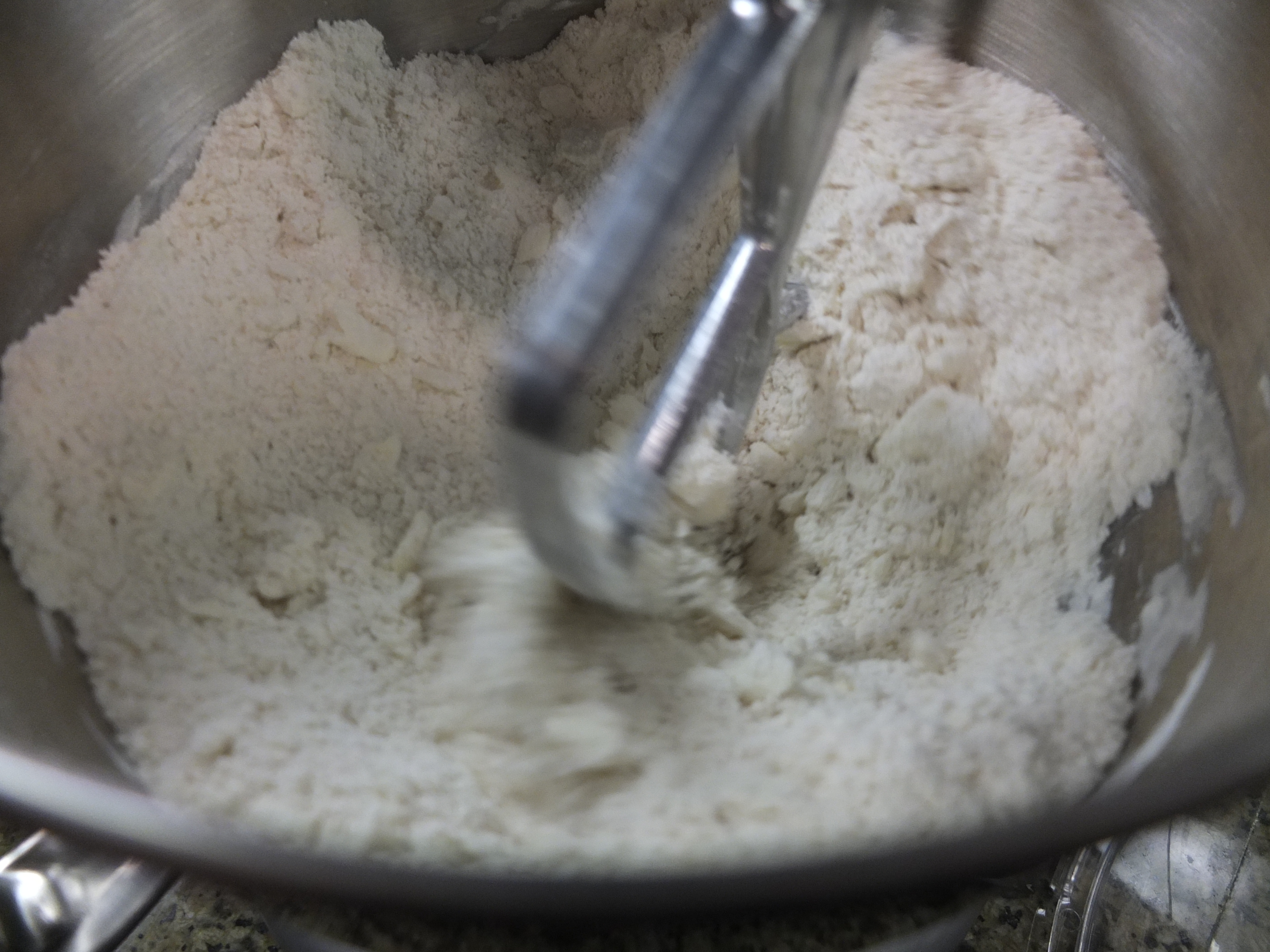 We divided the dough into four sections, enough to make the base and top for two pies total. We rolled out the dough and drew out a stencil on parchment paper with a knife. 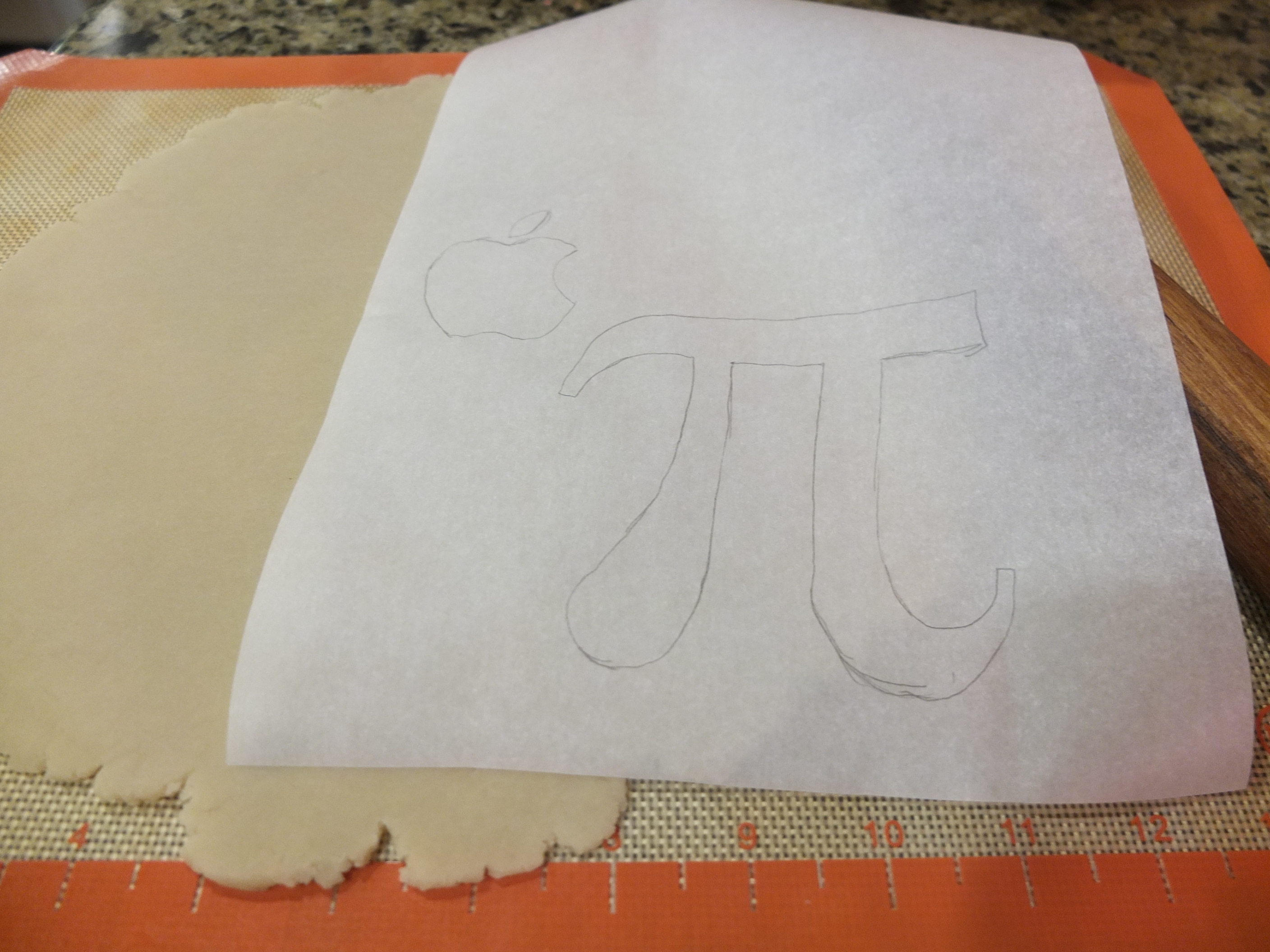 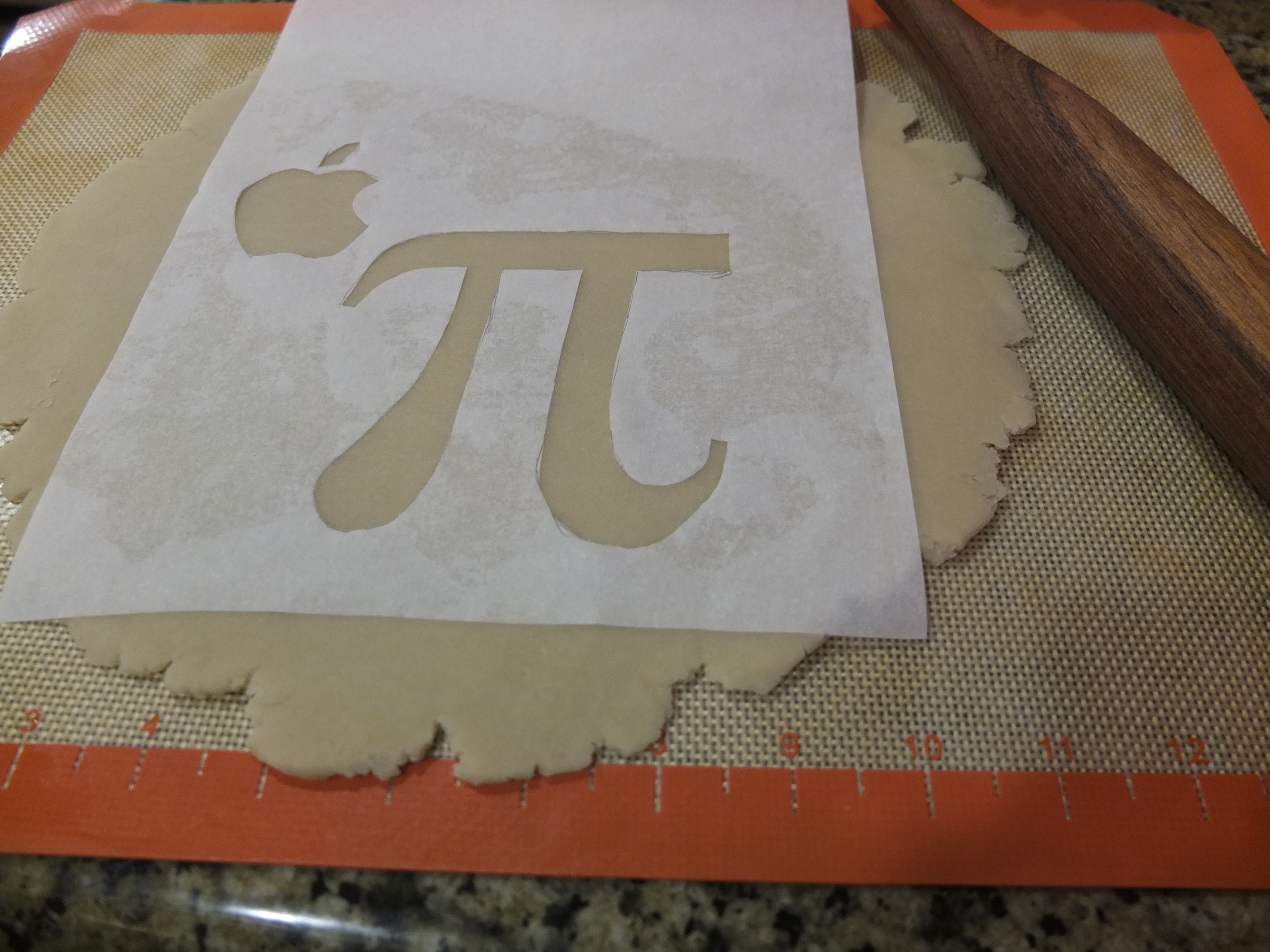 After cutting out the stencil, we similarly traced out the dough from the two pie crust tops. Then, we flipped the cut crusts over so they would be ready to top off the filled pie. 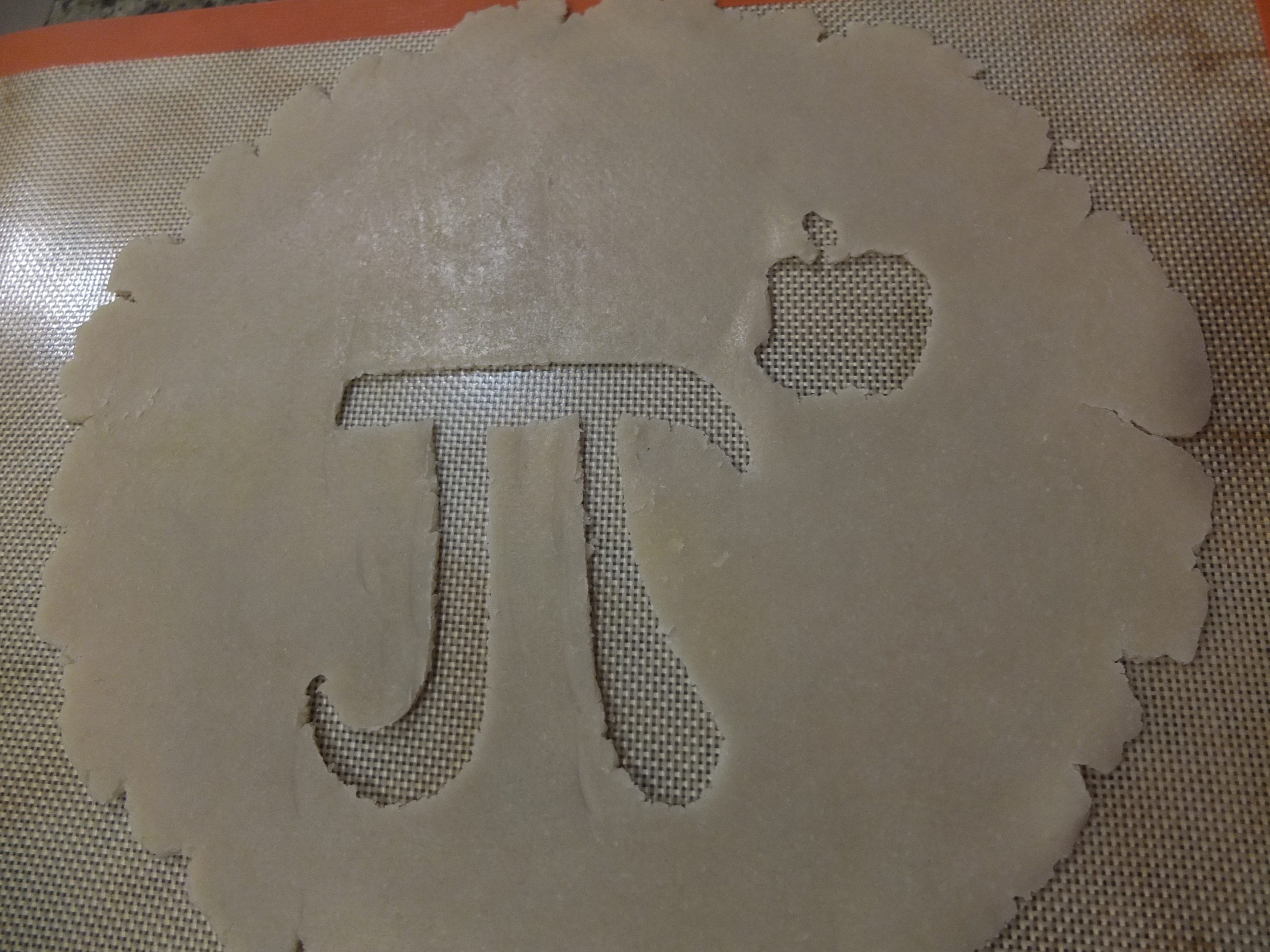 We placed the bottom two pie crusts in their pie pans, ready to be filled.

For the filling, we peeled and thinly sliced fresh Golden Delicious apples and defrosted frozen strawberries. We mixed each of the fruit with the sugar, cinnamon, ginger, and nutmeg. 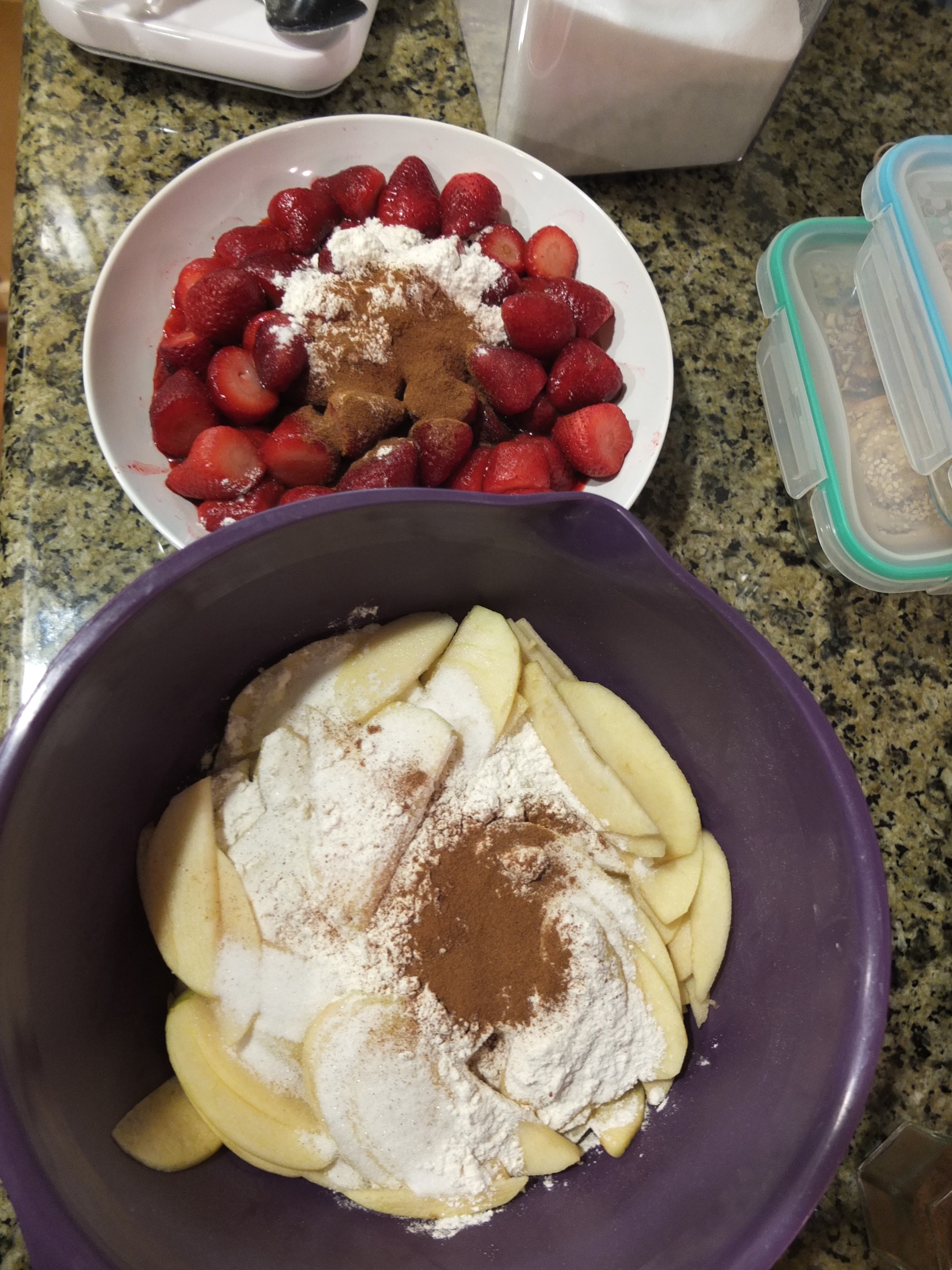 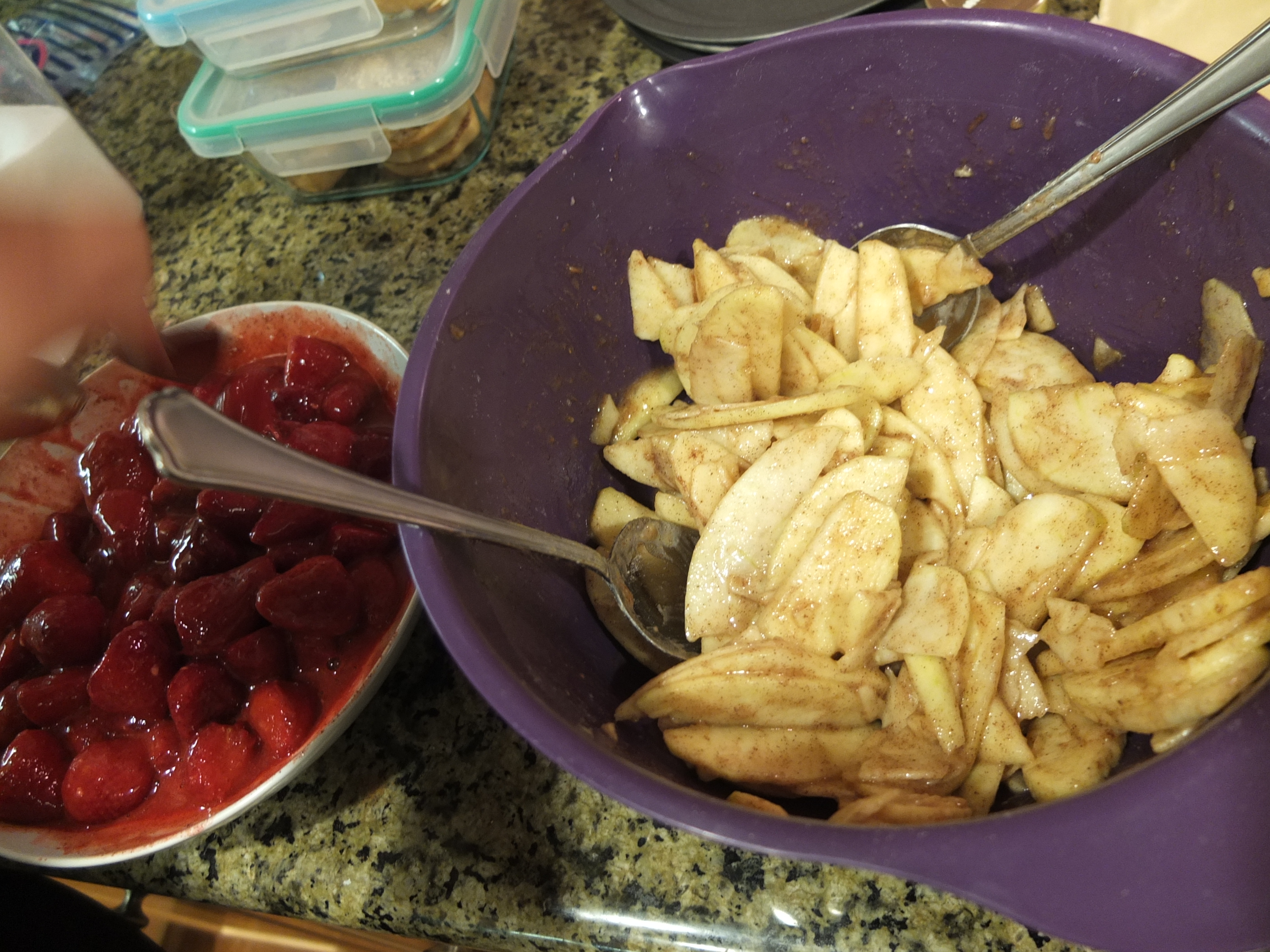 We asymmetrically filled each pie with apples and strawberries to add contrast to the crust designs. 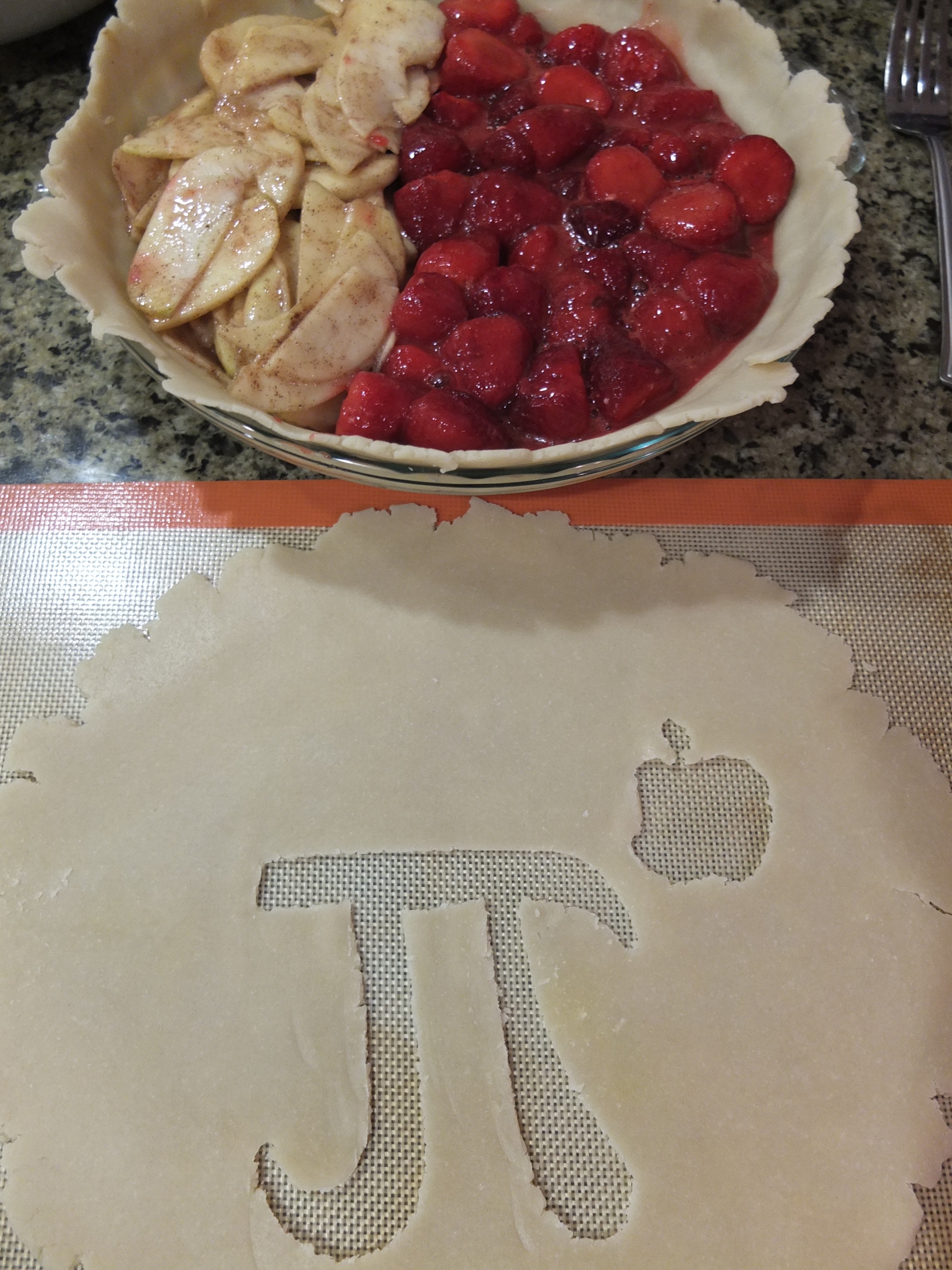 Then, we flipped over the tops onto the filled pies and sealed the edges. We were a bit short of crust on one of them. 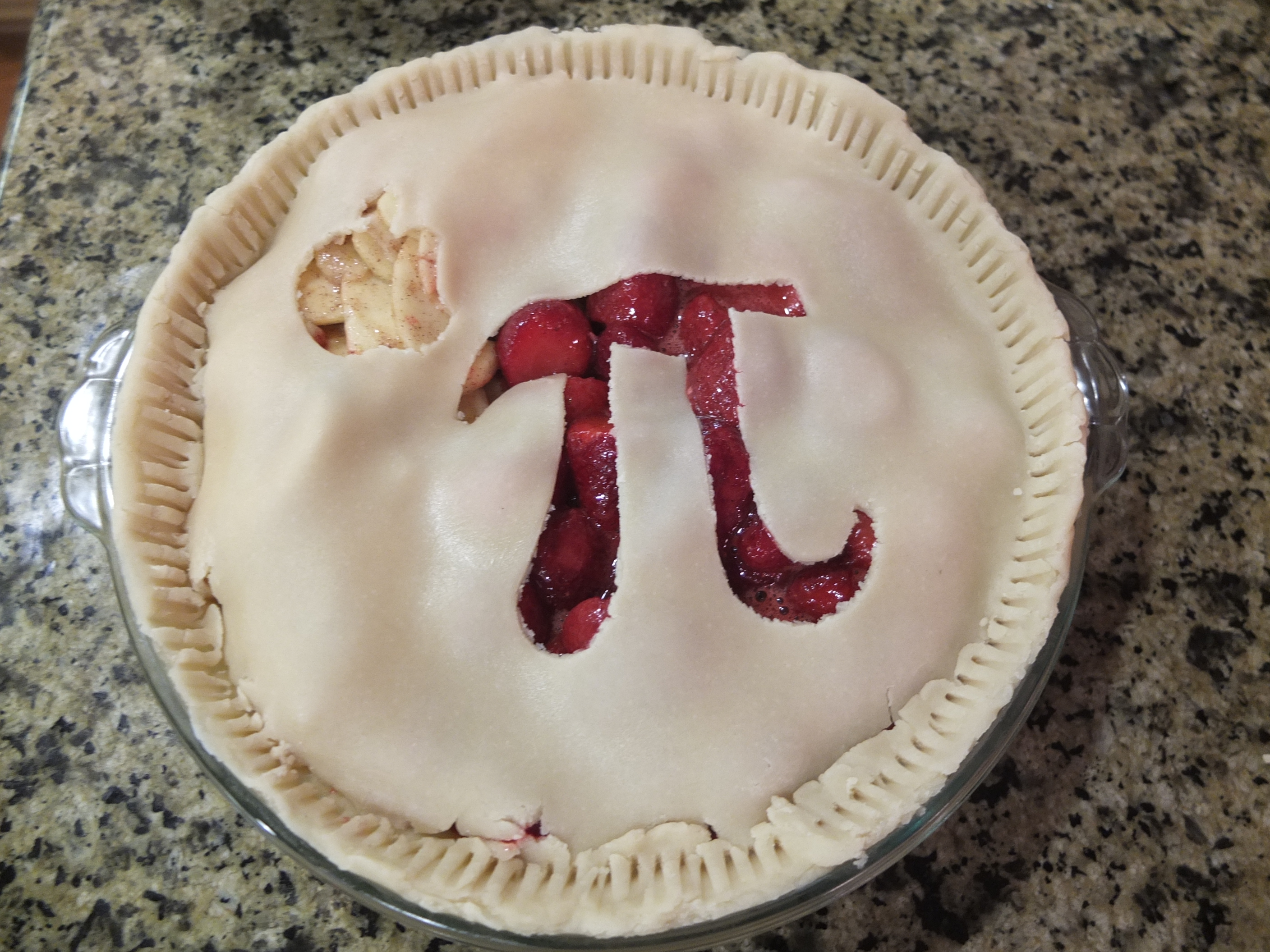 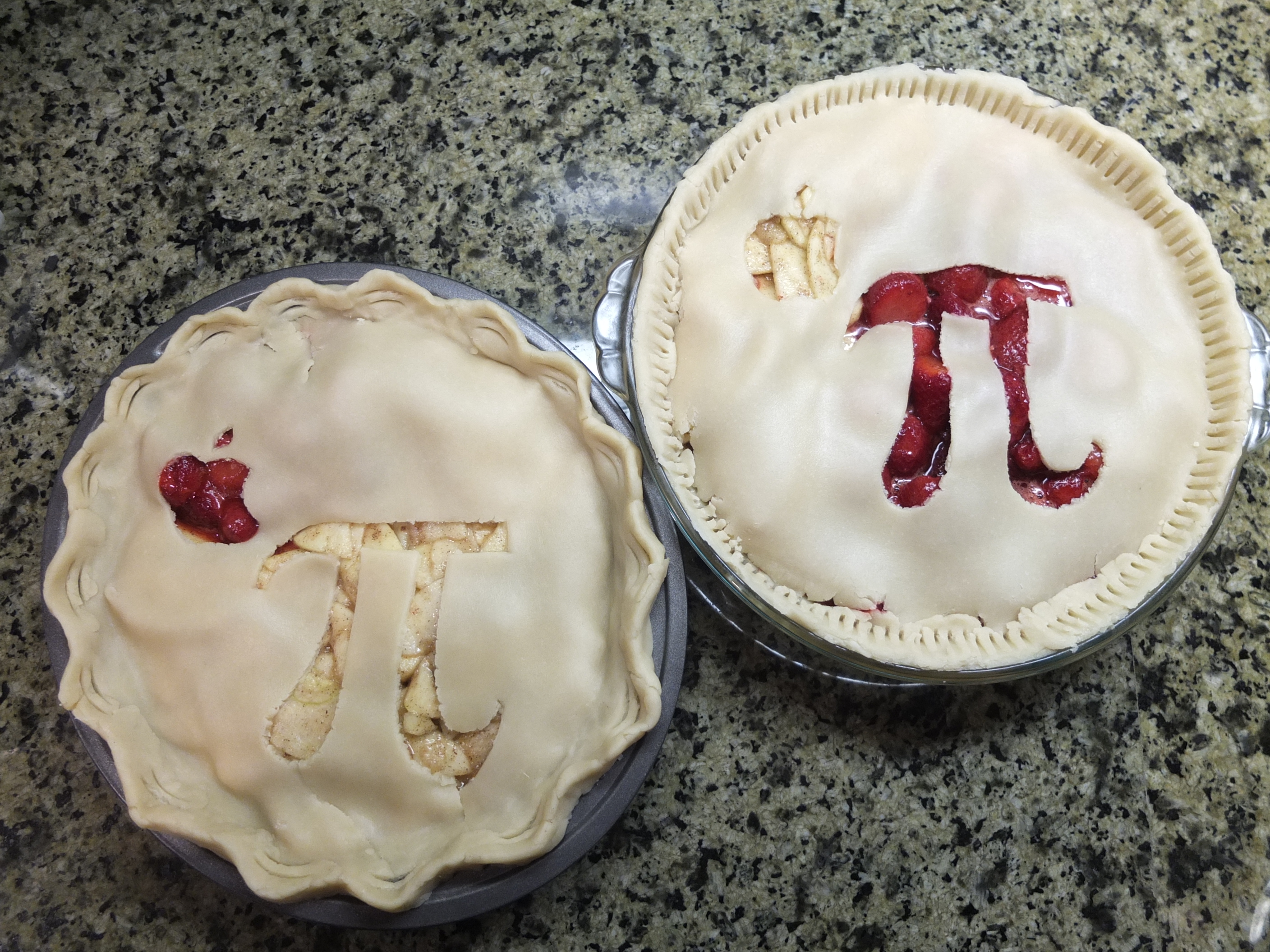 We baked the pies and had two delicious Apple Pi(es), though not as beautiful as we had hoped. Happy Ultimate Pi Day!

Apple Pi(e) for Pi Day, filled with sweet and tart apples and strawberries. Top with whipped cream or vanilla ice cream for the perfect comfort dessert.

Made with my friend Nadine. Check out her post on our Pi Day baking here. 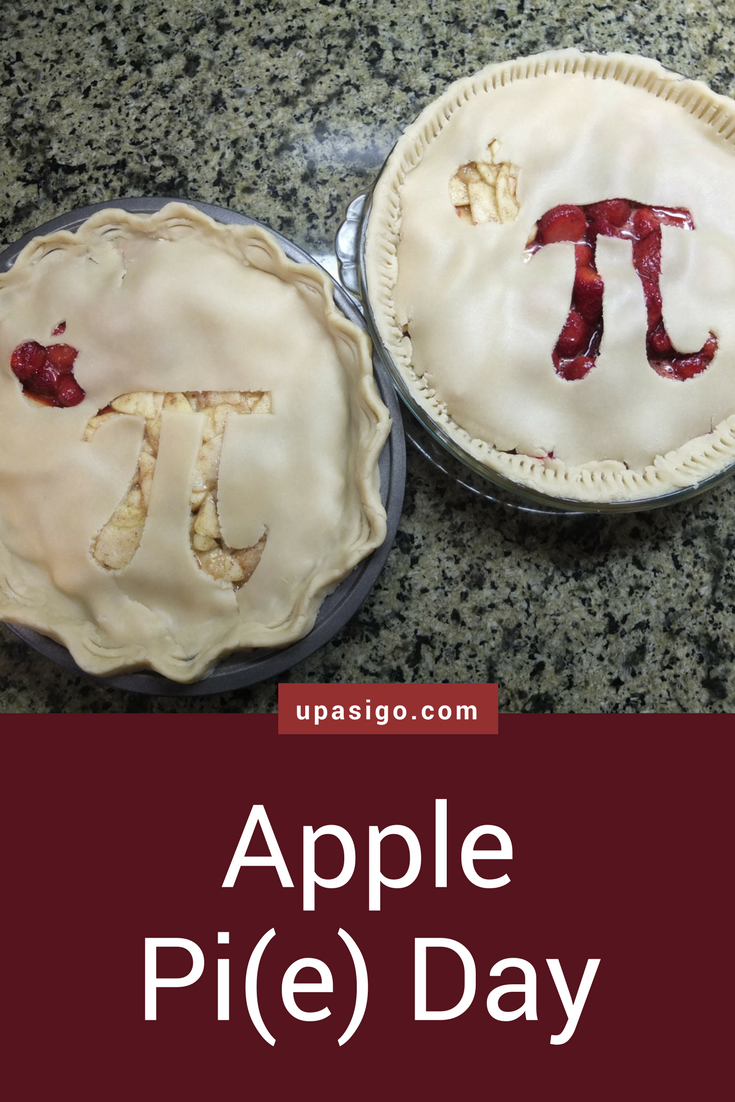