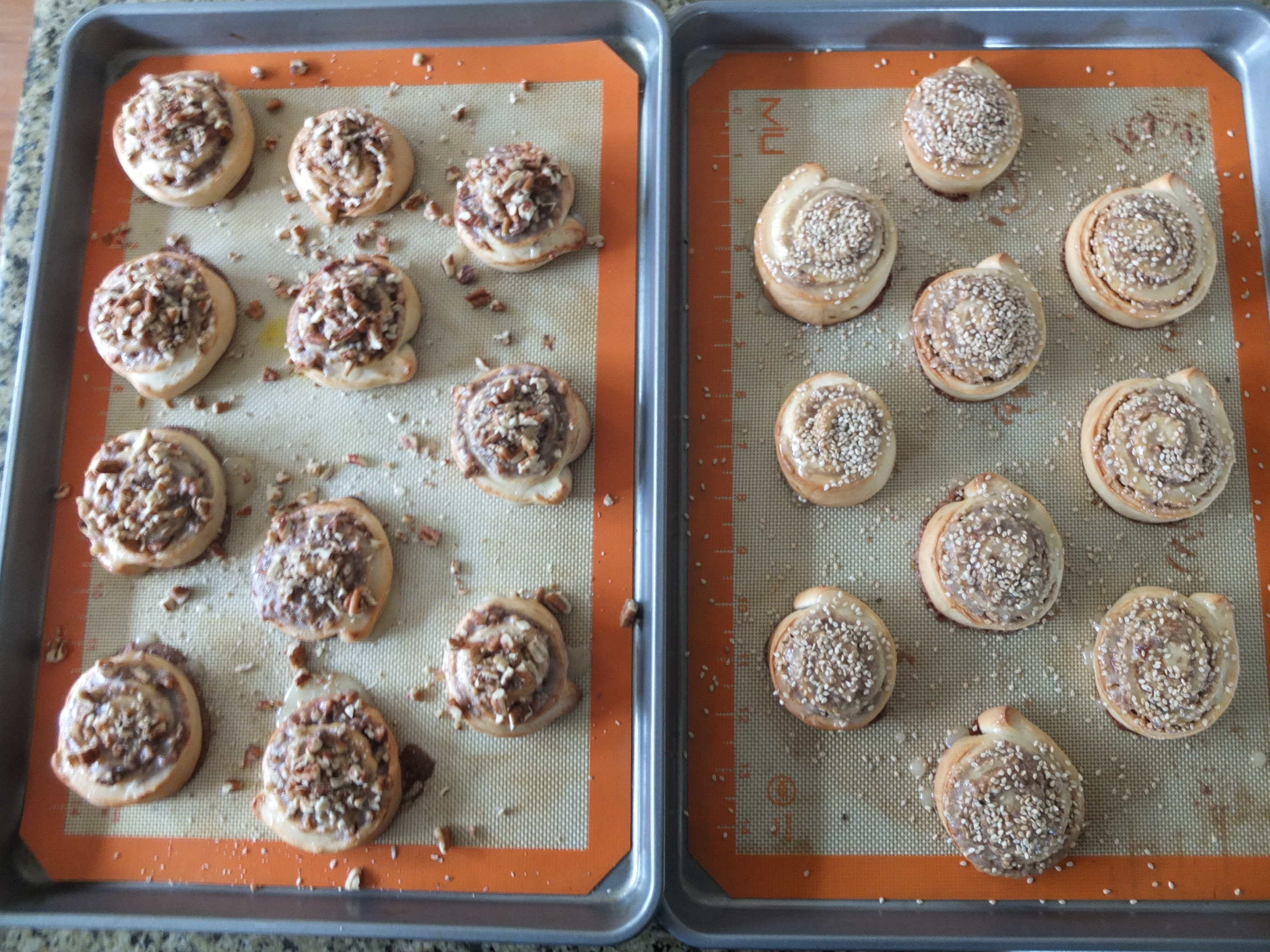 So, fast forward seven long years with no Mohn Schnecken in my life to when my friend Nadine from Munich visited, we, of course, had to recreate my German culinary experience in California. In fact, during my last week in Germany, Nadine left me with the parting gift of teaching me how to make Mohn Schnecken myself, but alas I had not tried to remake them until her visit now.

Naturally, we started by grocery shopping for poppy seeds, but they were far more expensive than in Germany, so we improvised. Instead, we decided to make Sesame Rolls and Pecan Rolls covered with an orange glaze. 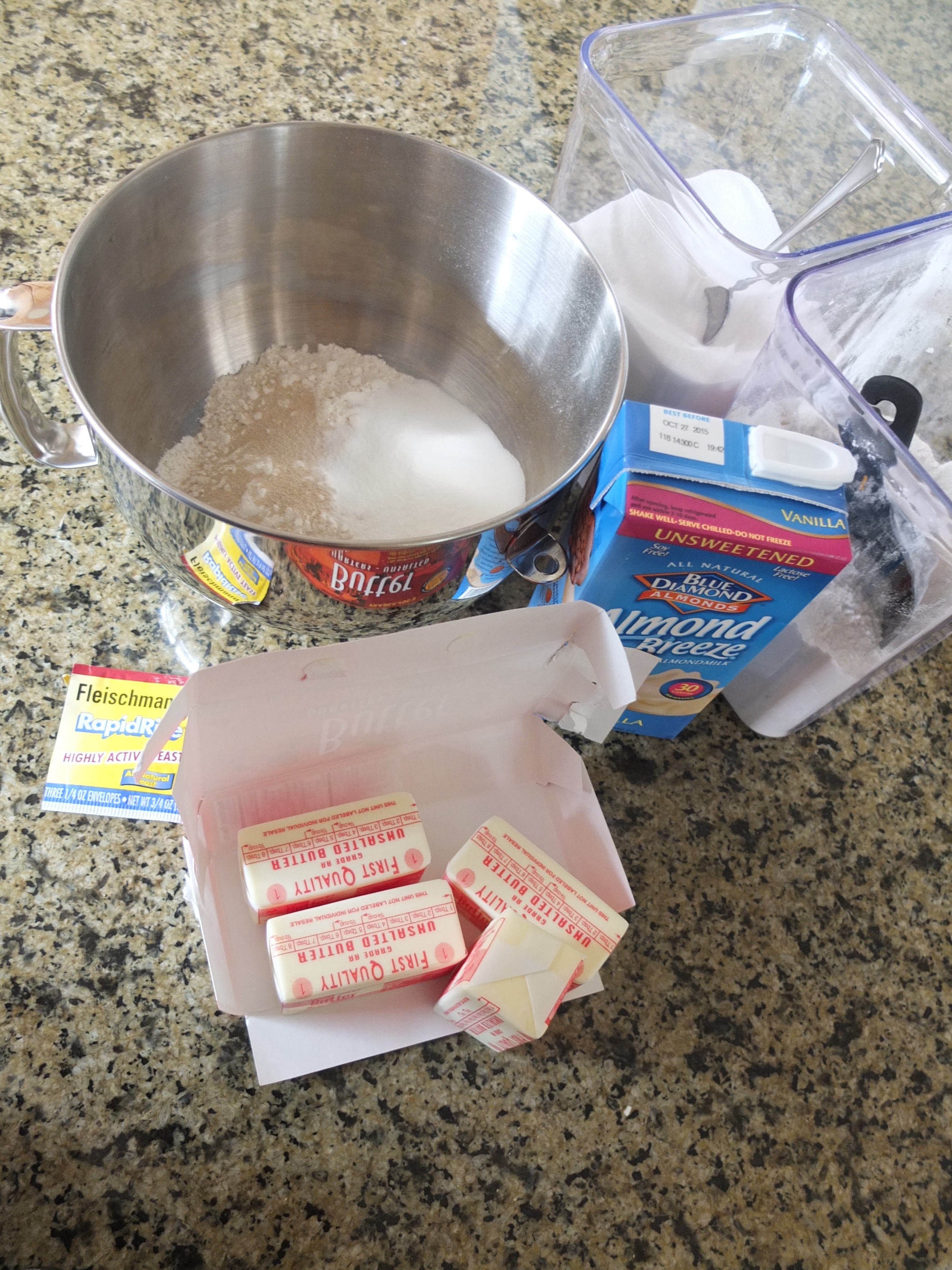 We collected our ingredients and mixed together the flour, sugar, butter, salt, yeast, and milk in my KitchenAid to create a dough. We used the proofing setting on the oven to keep the dough in a warm place and wait for it to double.

In the meantime, we pulsed the chopped pecans in my Vitamix to create a rough pecan powder for the filling. 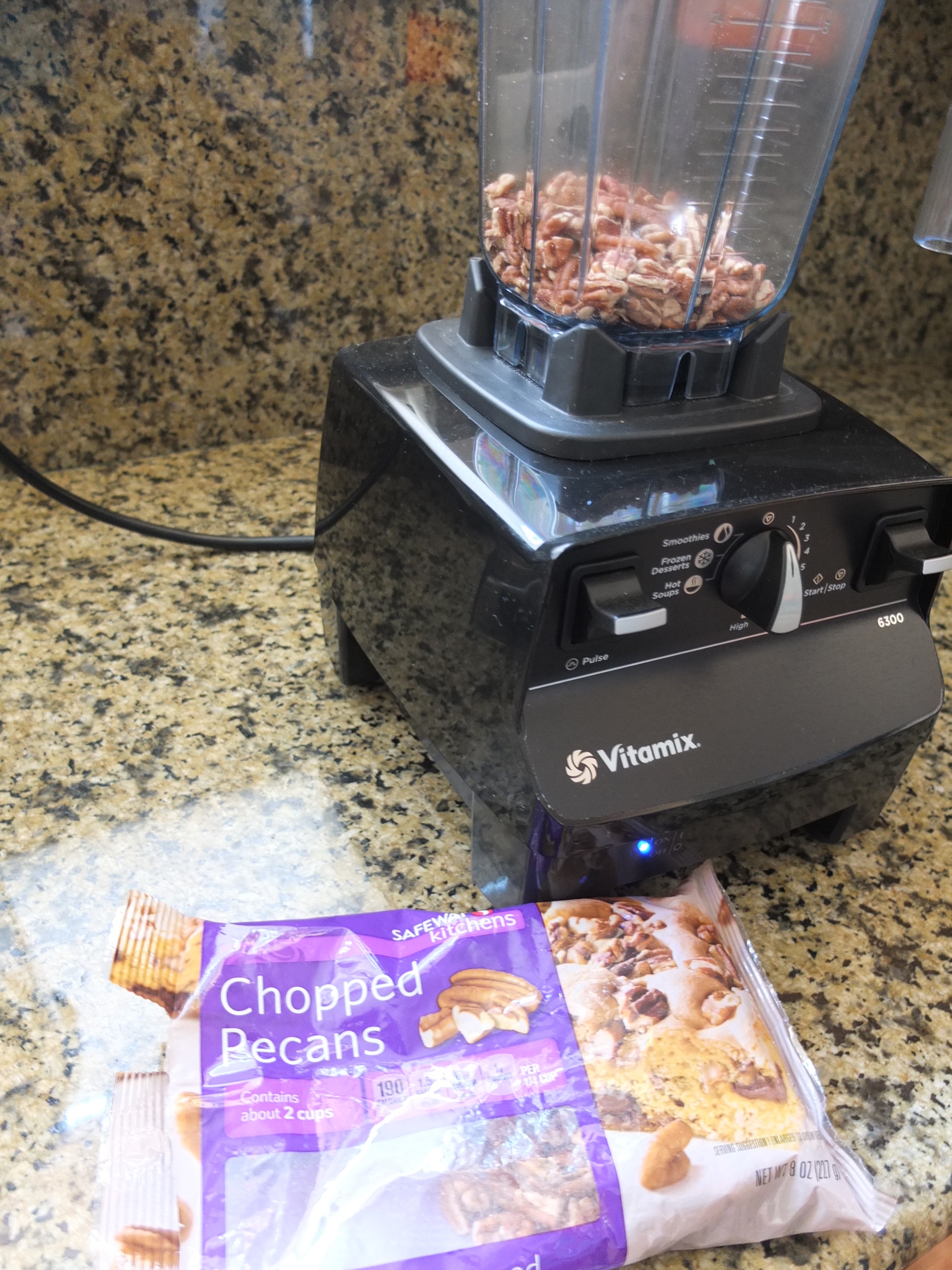 After mixing the sugar, cinnamon, and egg together, we split the result up so we could use half of the mixture for the pecans and the other half for the sesame seeds. Once integrated with the respective primary ingredient, we were finished with the fillings. 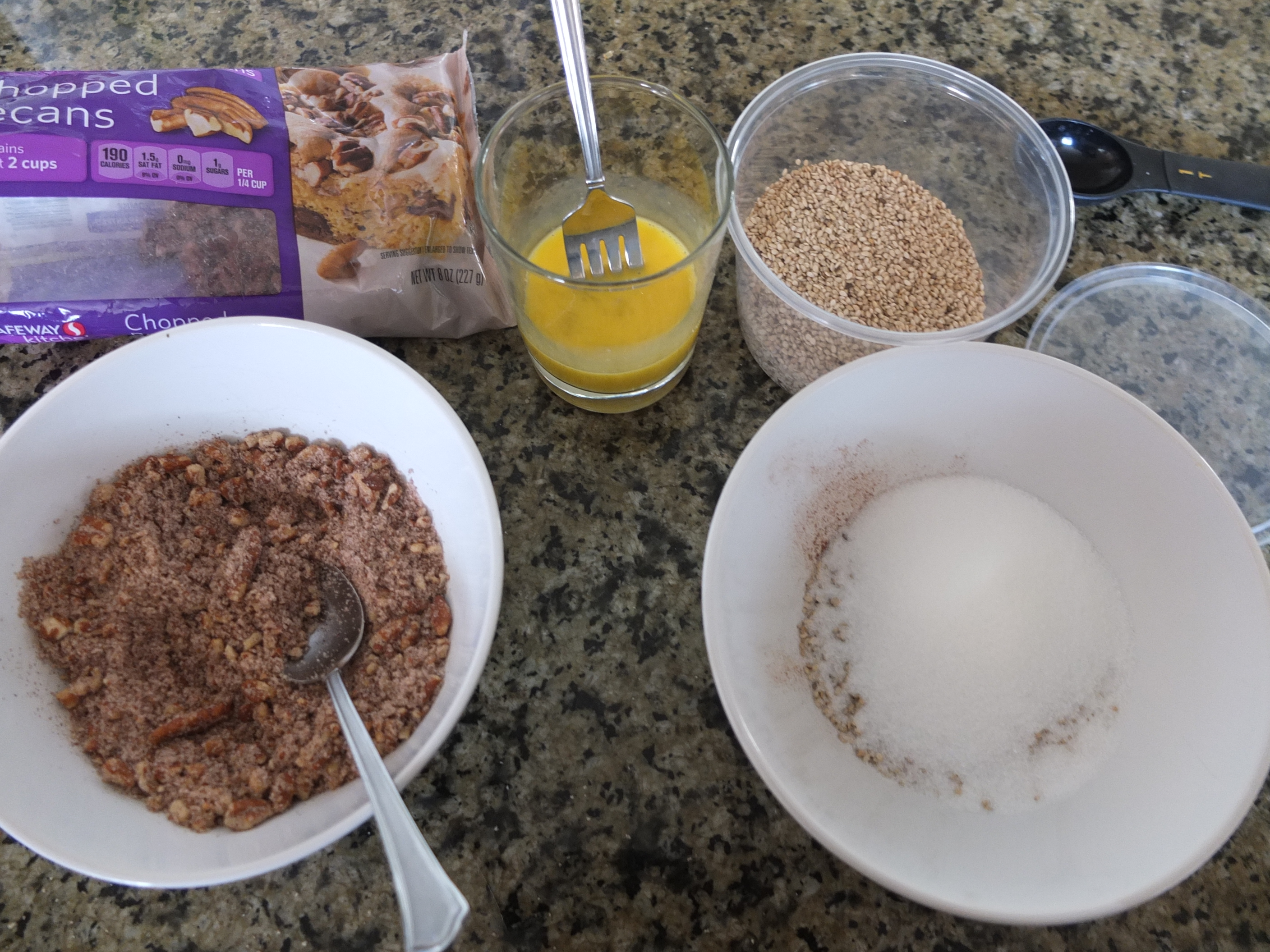 We rolled out the dough and spread each filling out on either side of the dough rectangle, leaving two inches empty along the top. 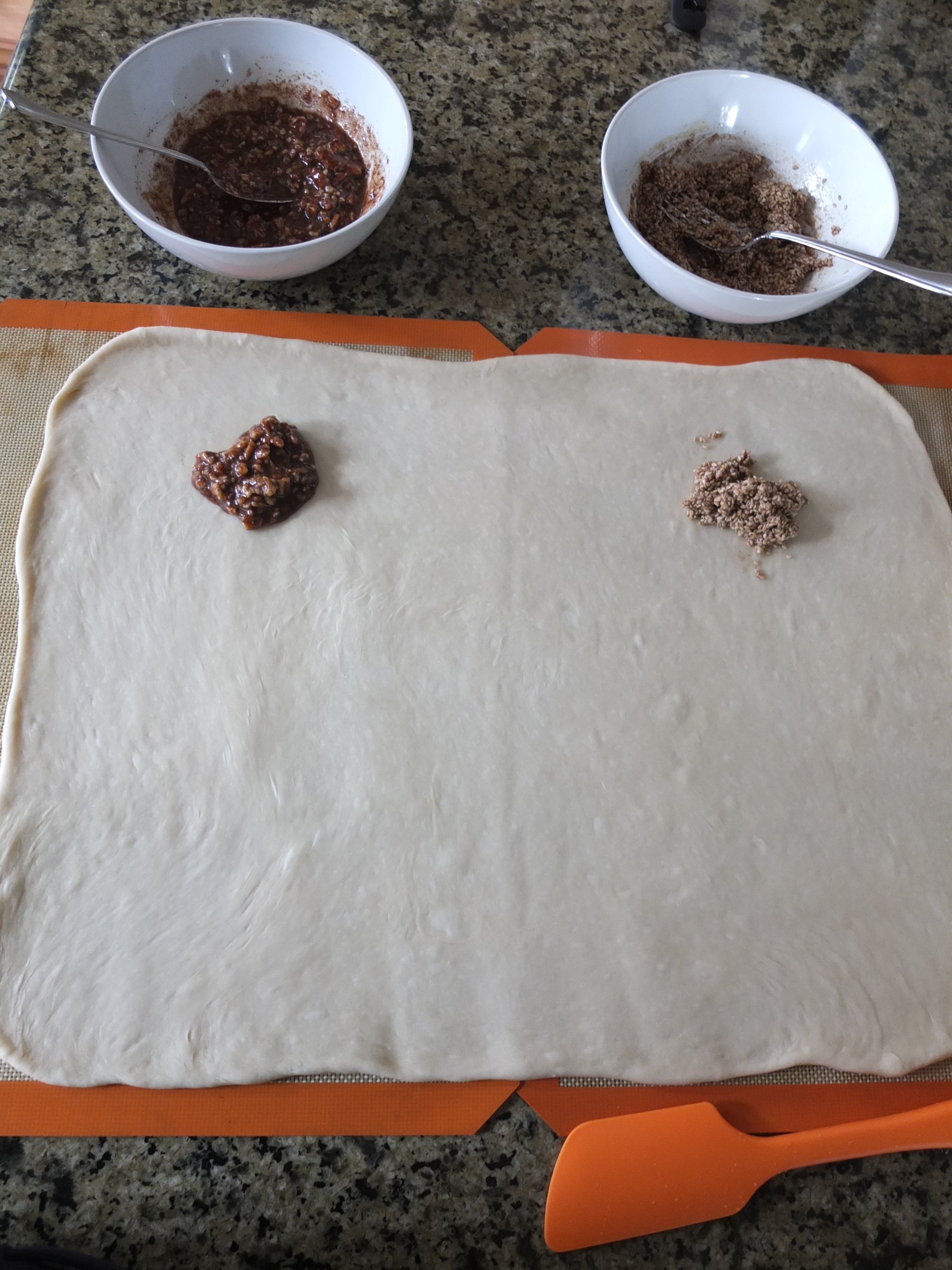 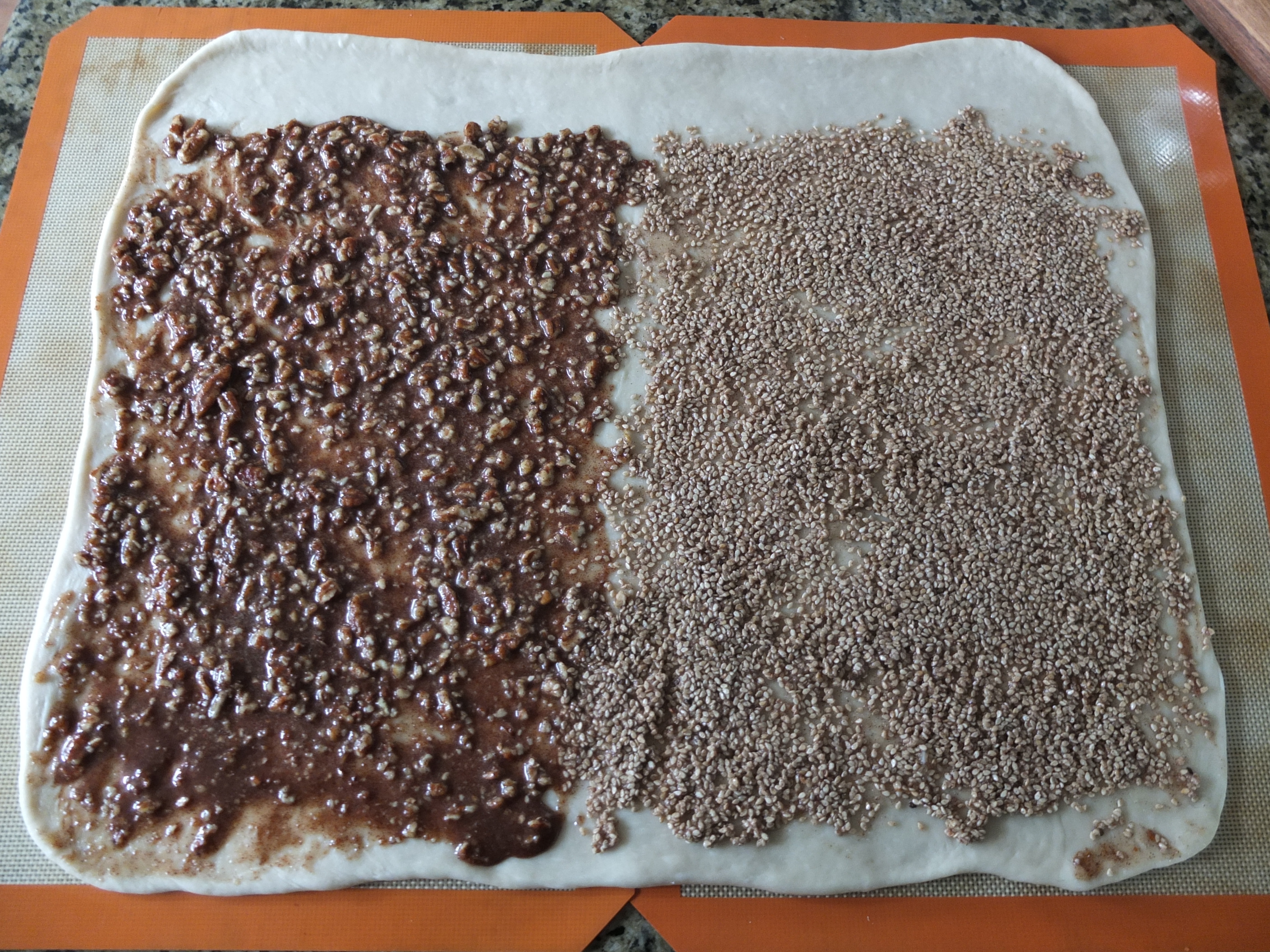 We carefully rolled the dough and fillings up before slicing into the schnecken swirls. Once sliced, we laid them out on my Silicone Baking Mat on two baking trays. 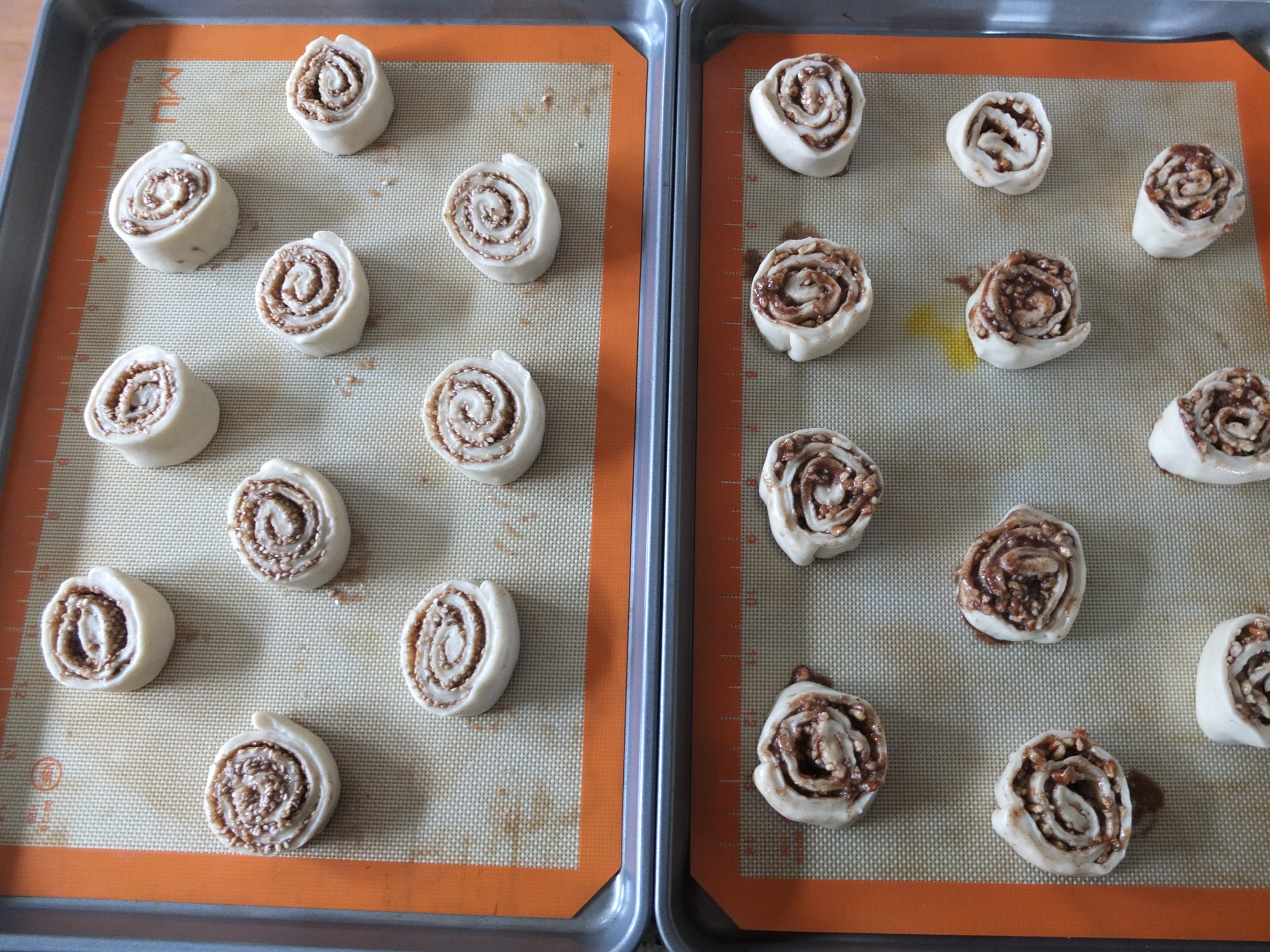 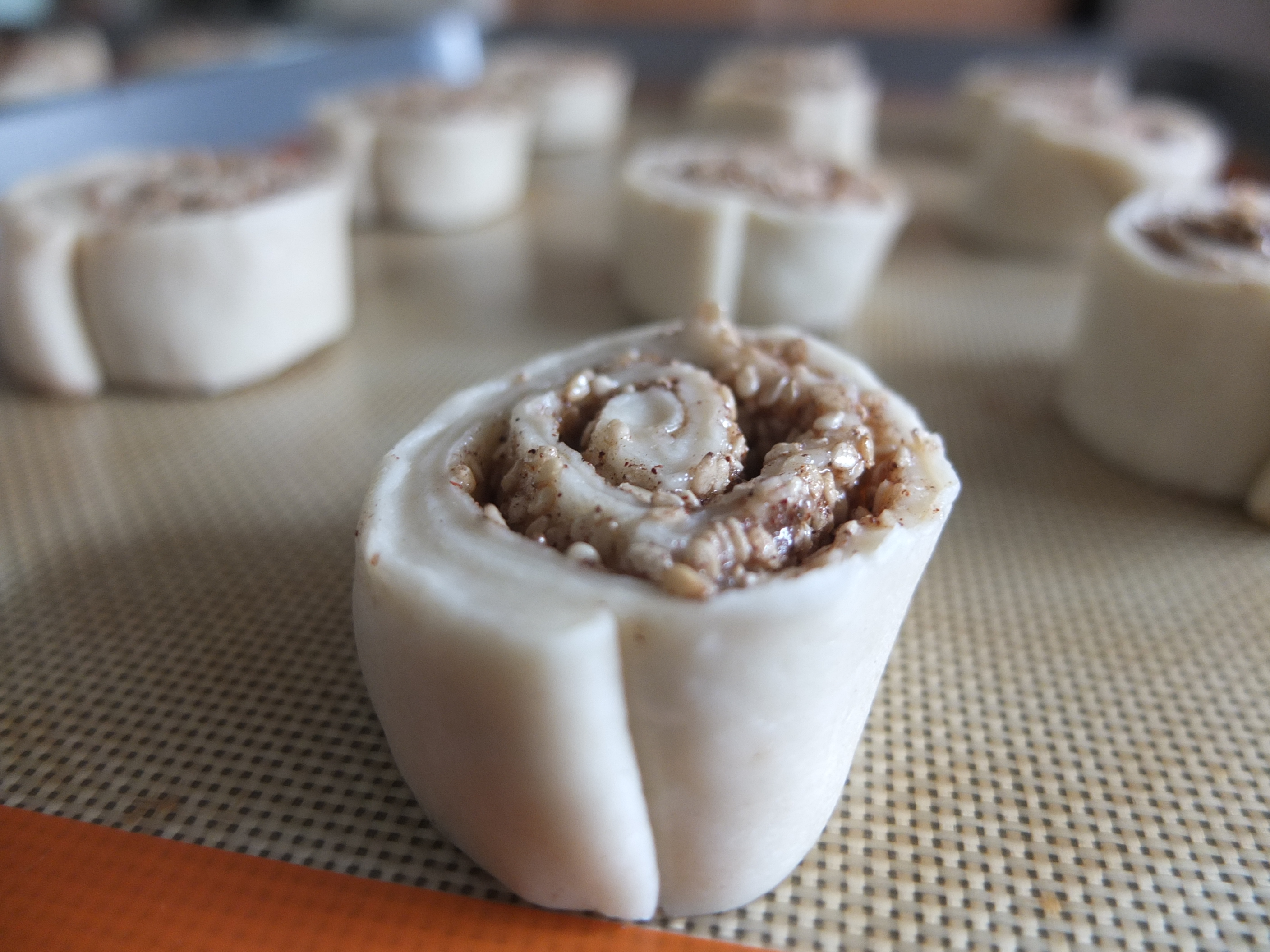 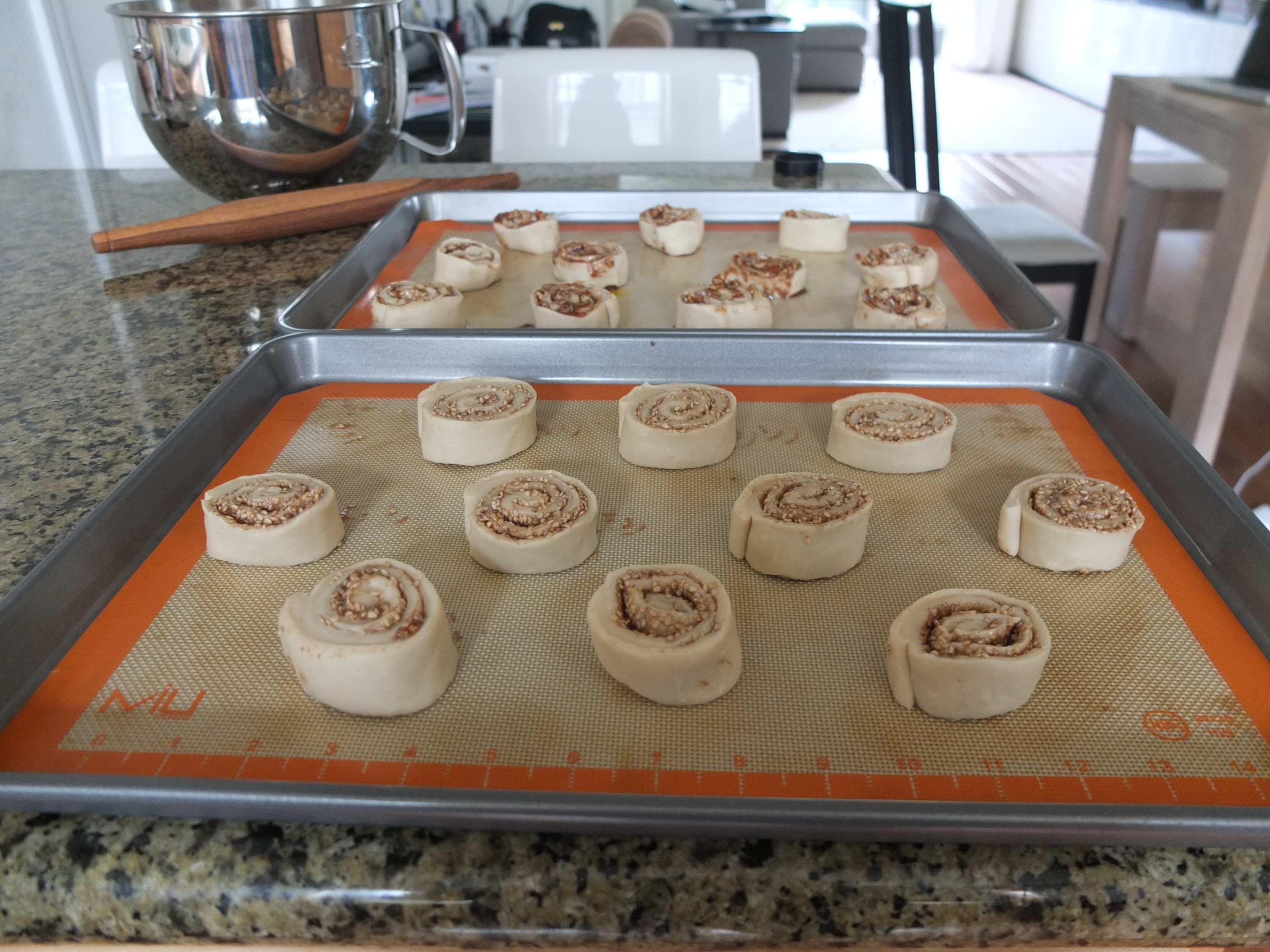 We popped the trays in the preheated to 350°F oven for 20 minutes. Then, we rolled up our sleeves for the glaze. 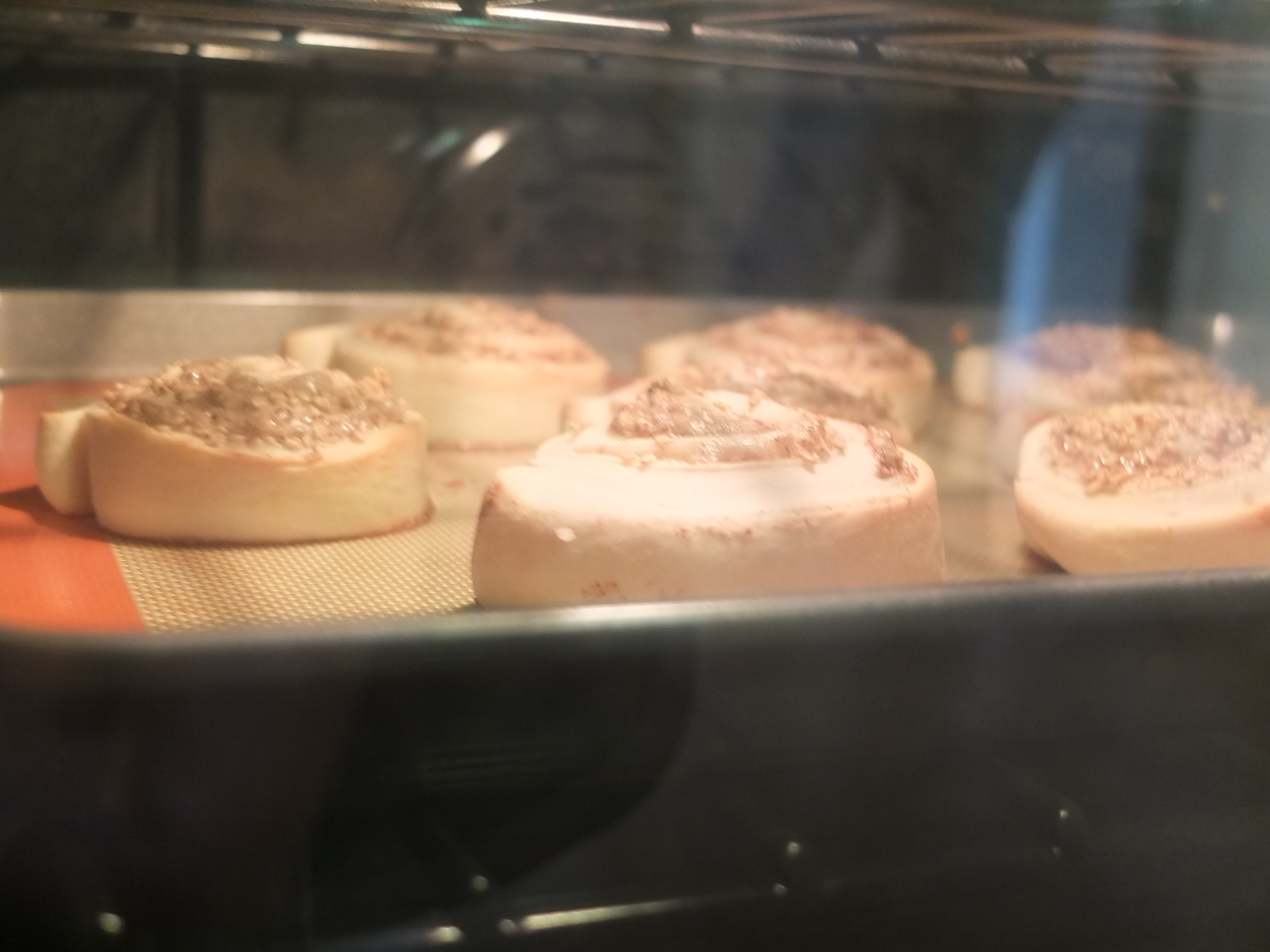 For the glaze, we needed powdered sugar (higher surface area for dissolving), but only had regular sugar. Fortunately, the Vitamix dry ingredients attachment came to the rescue, and, within minutes, we ground up our sugar into powdered sugar. 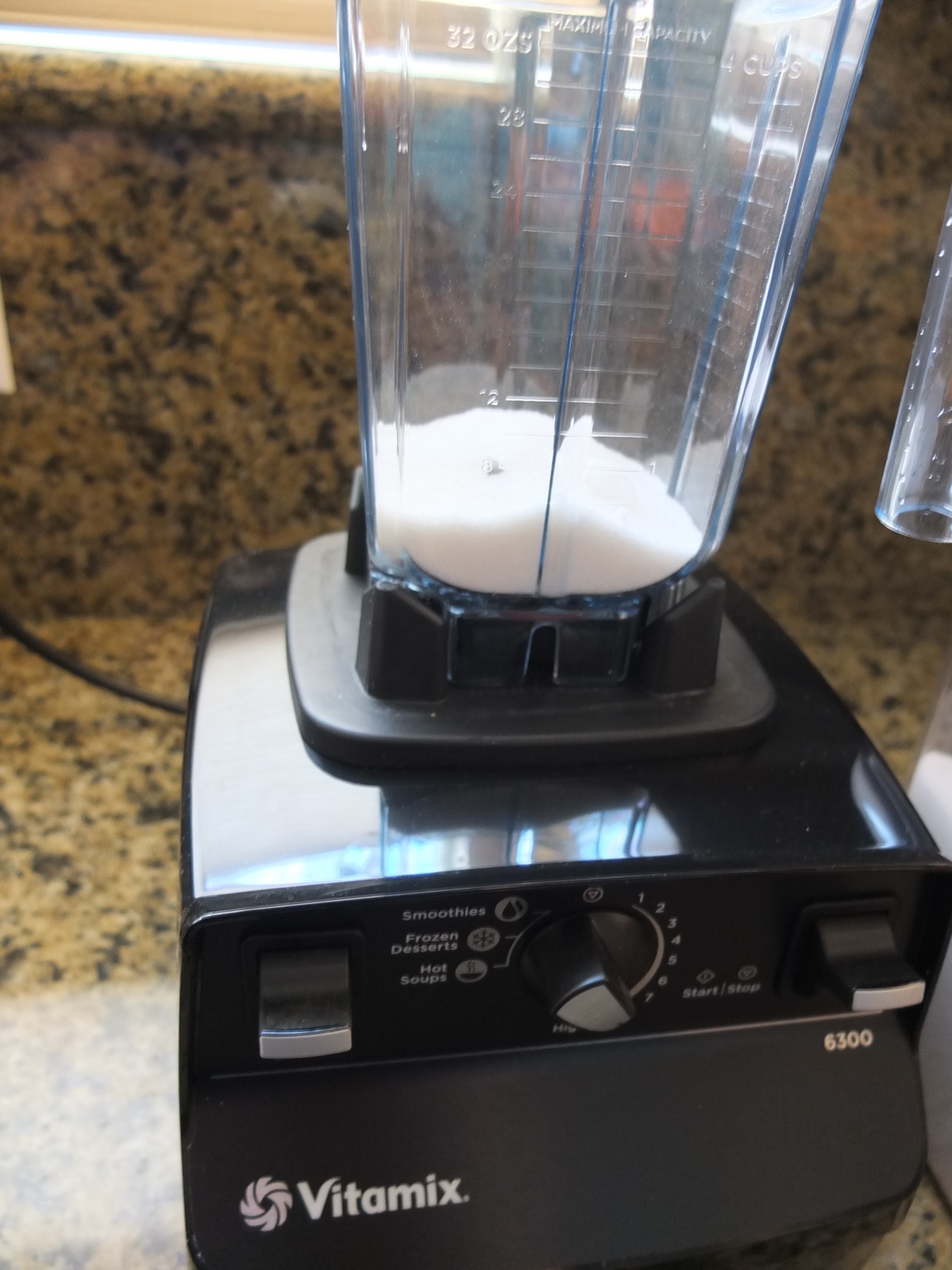 We also improvised yet again by using Izze Sparkling Clementine soda instead of orange juice for the glaze. 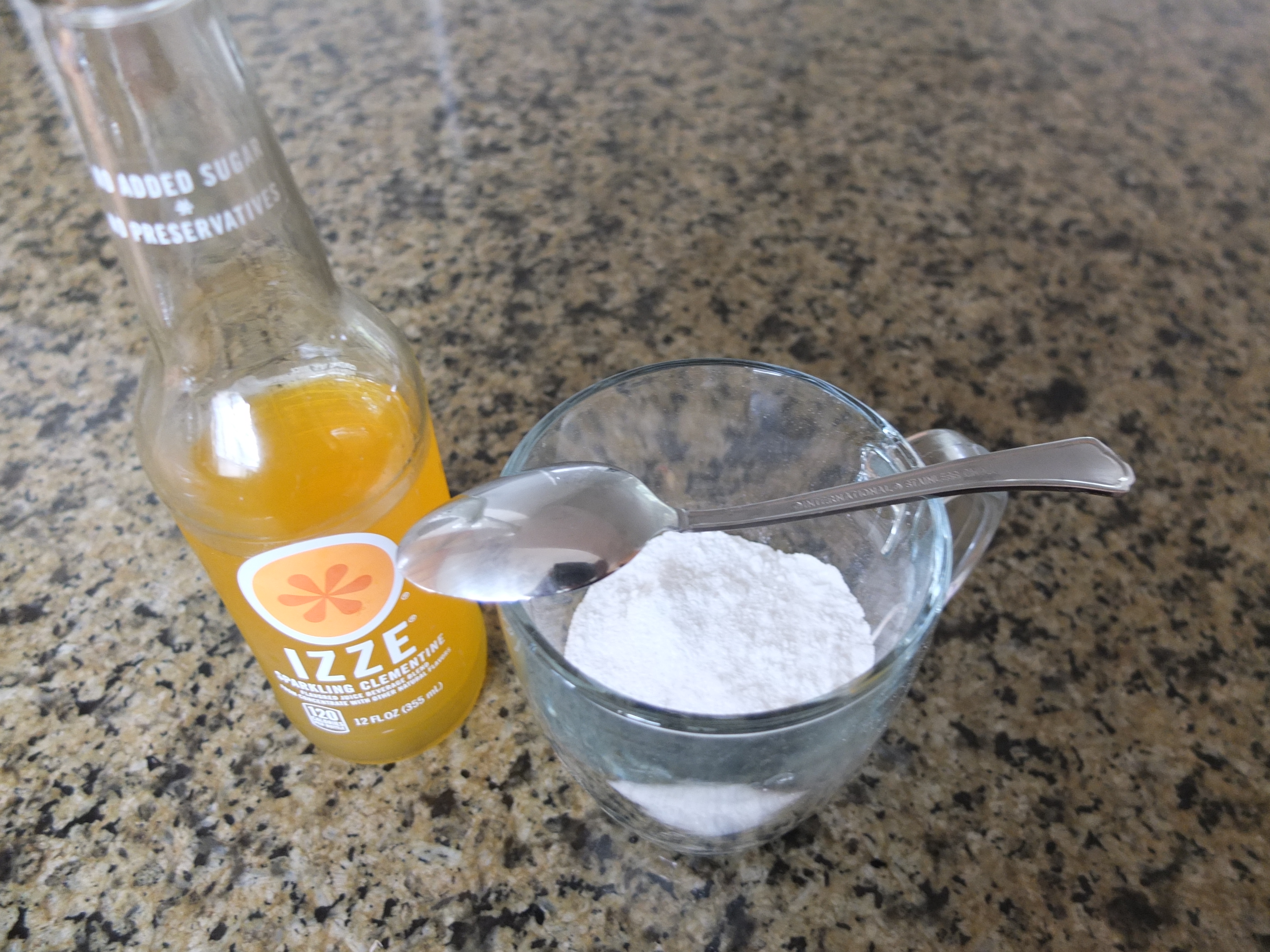 Once the rolls were finished in the oven with a golden brown hue, we applied the glaze and a dash of pecans or sesame seeds for garnish. 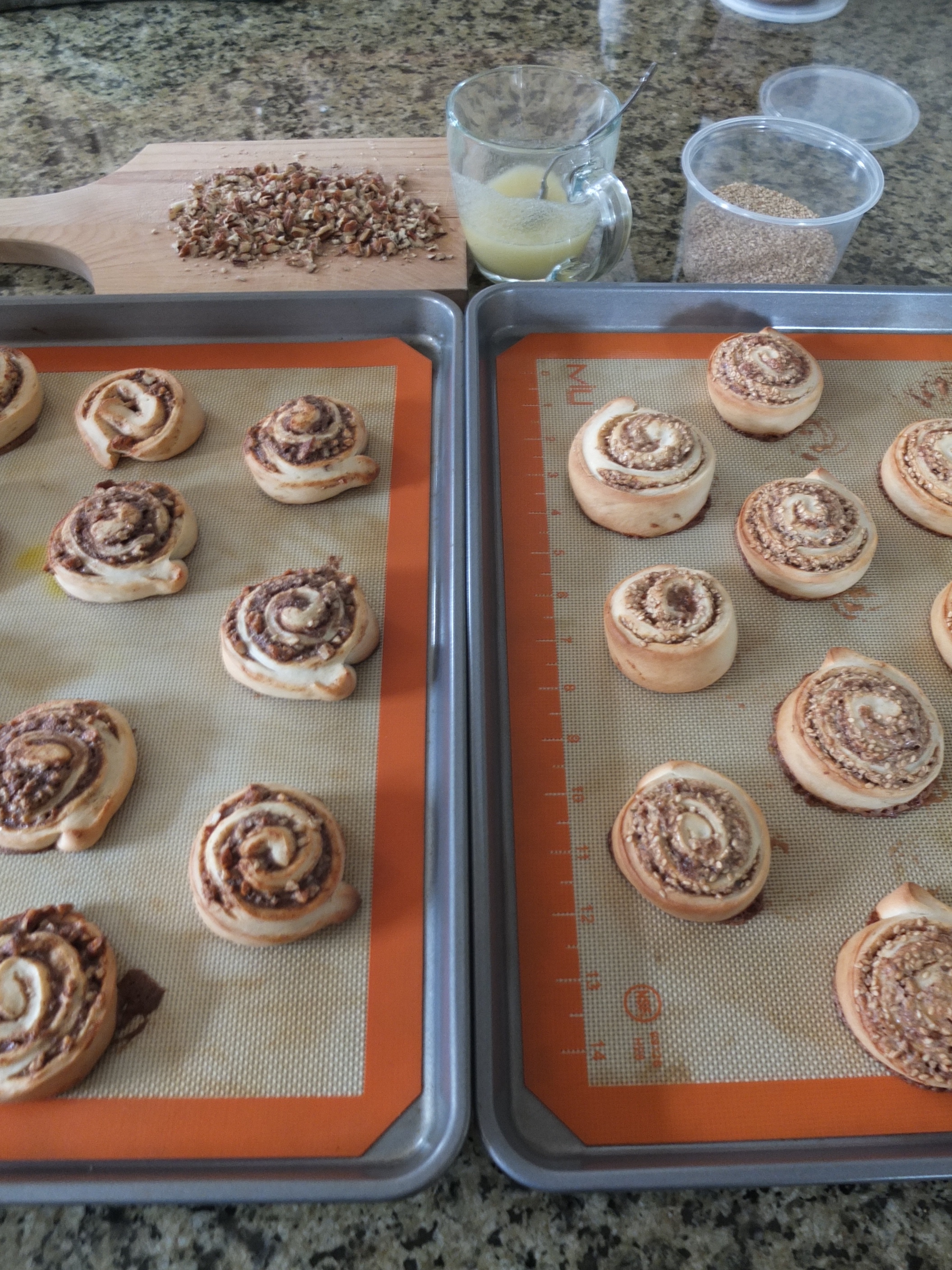 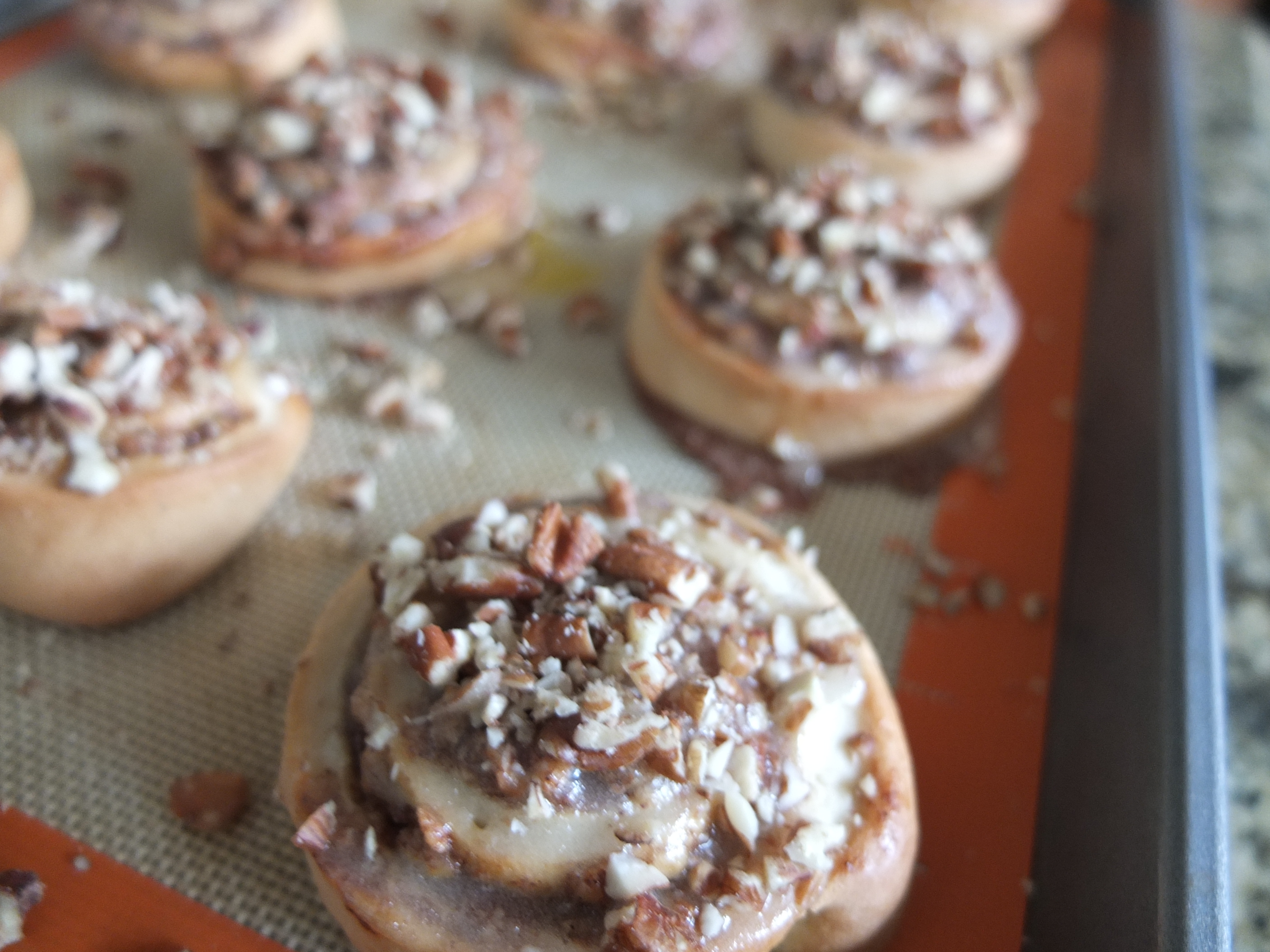 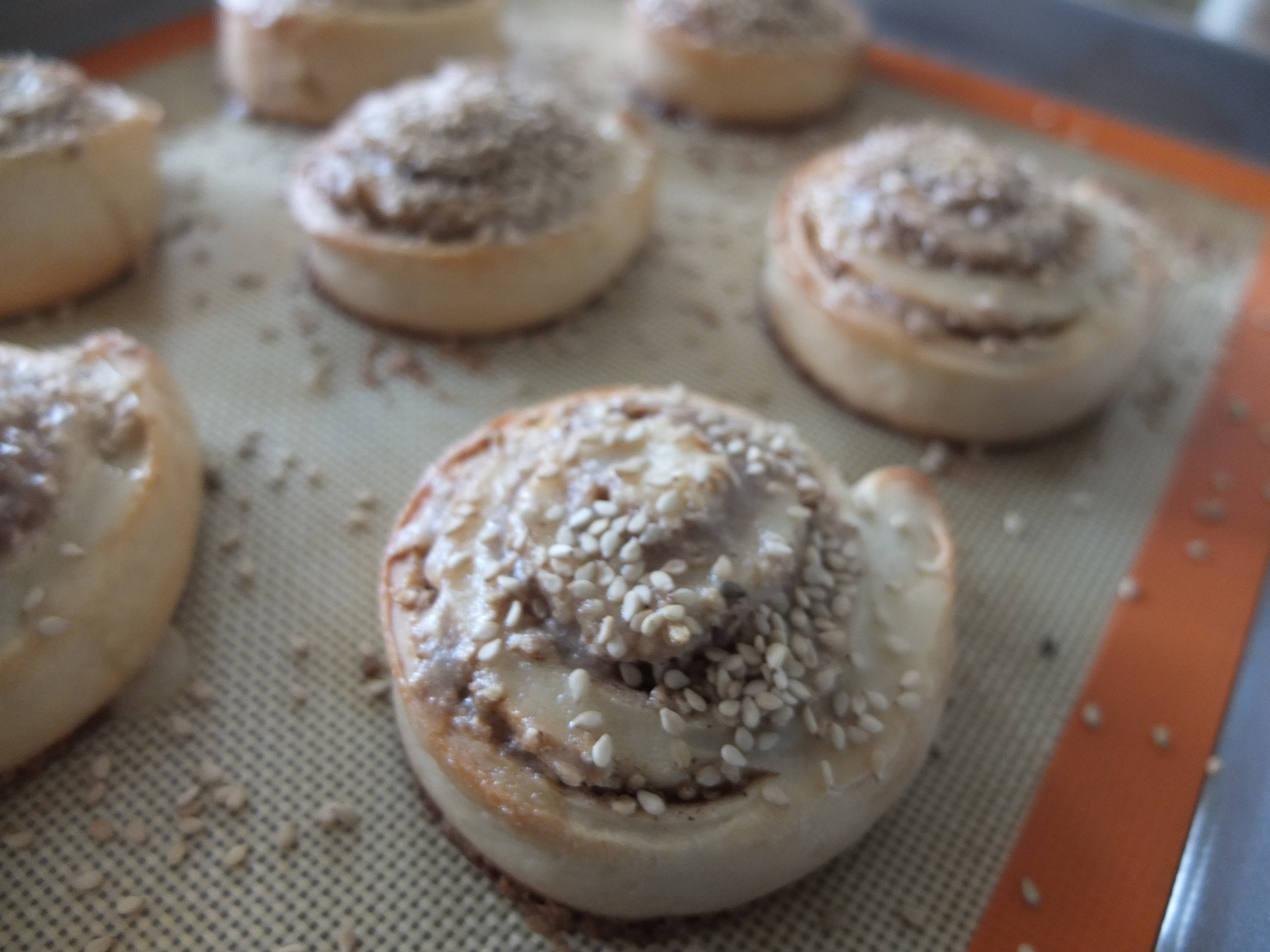 They were fantastic to eat fresh out of the oven and even for the next few days as breakfast or an afternoon snack! What a perfect way to celebrate a bit of Germany in California. I hope you enjoy these schnecken swirls as much as I have!

Made with my friend Nadine adapting her recipe for rolls. Check out her post on our schnecken baking here.